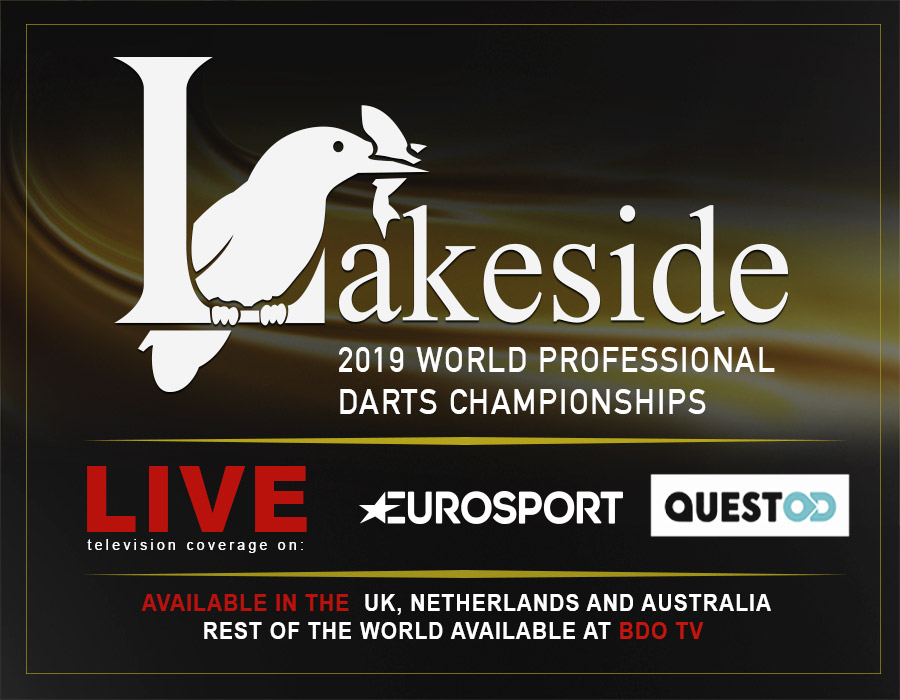 “Captain America” Jim Widmayer makes his first appearance at Lakeside since his run to the last 16 in 2015. Widmayer enters the opening round against Nigel Heydon, with Richard Veenstra awaiting the winner of that contest.

Defending Champion Durrant could face a rematch of the 2018 Winmau World Masters final in his first game. Duzza will play the winner of Adam Smith-Neale and Mark McGrath. It was Smith-Neale who came out the winner in their last clash and the reigning World Master has overcome a freak leg injury to ensure he plays at the iconic venue.

Ten-time BDO Ladies World Champion Trina Gulliver MBE is on a quest for a magnificent 11th title and will begin her tournament against Poland’s Podgorska in her first round. Reigning champion Ashton will play on the opening session of the tournament against Japan’s Mikuru Suzkuki.

All the action is set to be broadcast live on Eurosport and Quest in the UK, Netherlands and Australia. Rest of the World viewers can tune in to all the action via the BDO Youtube Channel (https://www.youtube.com/BDODarts).