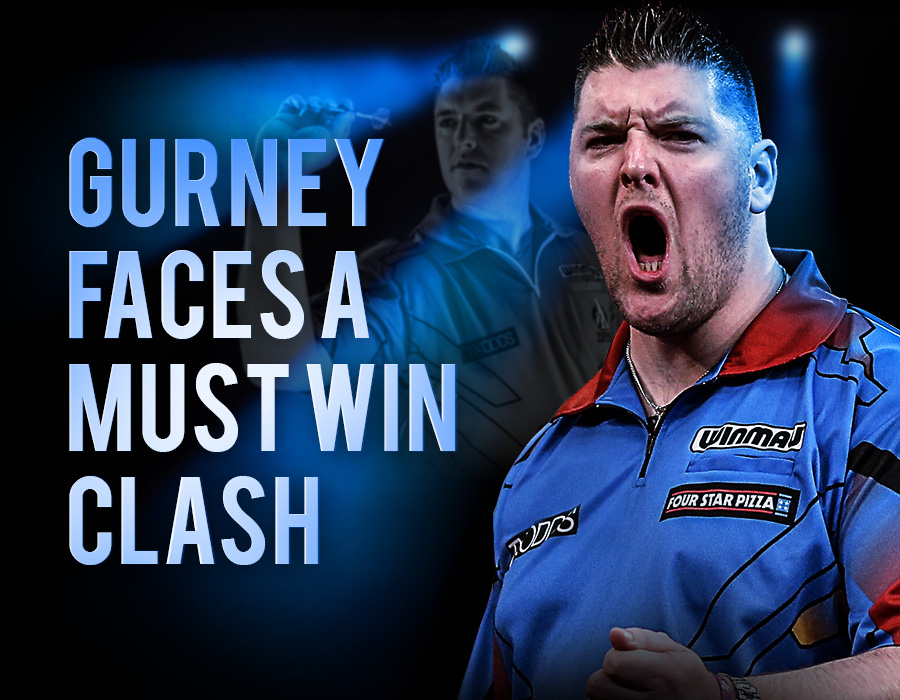 World Number 3 Daryl Gurney faces a must in clash tonight, in the Premier League’s final set of league fixtures to qualify for the play-offs.

Superchin faces an already eliminated Michael Smith and knows he must better both Mensur Suljovic and Gerwyn Price’s results to guarantee a spot at the O2, London.

Gurney is currently level on points and leg difference with fourth place Suljovic in what has been an enthralling Premier League season to date. However, he trails on Legs won against throw, which means he currently sits one place outside the play-offs.

Welshman Gerwyn Price is also in with a shout for the top four and he faces Peter Wright, who has shown signs of revival despite a poor Premier League campaign by his high standards.

A win is a minimum for Price to break into the top four, who requires Suljvoic and Gurney to both slip-up if he is to qualify for the finals night. Price plays first in proceedings, setting the pace for the rest of the night.

James Wade is currently sat in third place but still hasn’t got a guaranteed play-off spot as he faces fellow Englishman and current table-topper Rob Cross.

The Machine takes to the stage in the last fixture of the evening and should both Suljovic and Gurney win, he knows that he will require at least a draw to earn his semi-final spot.

Full coverage is Live from 7pm on Sky Sports in the UK and Worldwide via the PDC’s broadcast partners.