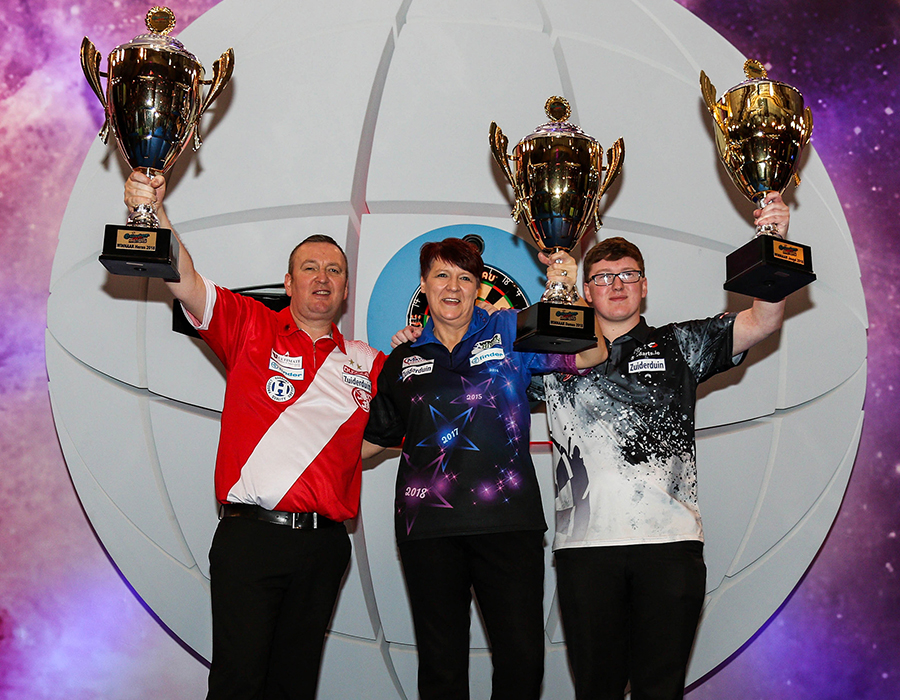 Englishman Glen Durrant won the men's finals 5-3 in sets over Dutchman Richard Veenstra. Durrant defeated Conan Whitehead and Mark McGeeney on the way to the final whilst Veenstra dispatched of Derk Telnekes and Jim Williams.

Richard Veenstra had a good start in  the match against two-time Finder Darts Masters champion, Glen Durrant. Veenstra was 3-1 up, but after the break Durrant came back to 3-3 and also won the seventh and eighth set with the help of a 170 finish for the 5-3 victory.

Durrant averaged 100.60 in the finale whilst Veenstra posted a 92.11 average. With this win, Durrant equals the record of Raymond van Barneveld, who until then was the only player to have won the Darts Masters 3 times.

Lisa Ashton was crowned the Ladies Finders Masters Champion in a thrilling showdown with Fallon Sherrock.Lisa looked strong throughout the tournament and many may have expected a 2-0 final score. Sherrock Sherrock drew level at 1-1 in sets but in the decisive third set, Lisa showed why she is the 4 times BDO Ladies World Champion and won this set 3-2 for her second title. In a high quality final Fallon had an average of 84.58 and Lisa 88.68.

Keane Barry won the the Finders Masters Youth final with a 2-0 win over Levy Frauenfelder. Barry played superb throughout the tournament and whitewashed Frauenfelder, who unfortunately was suffering from dartitis on the stage.

Even under the pressure Frauenfelder posted a strong 75.47 averages whilst Barry produced a 80.52 winning average.