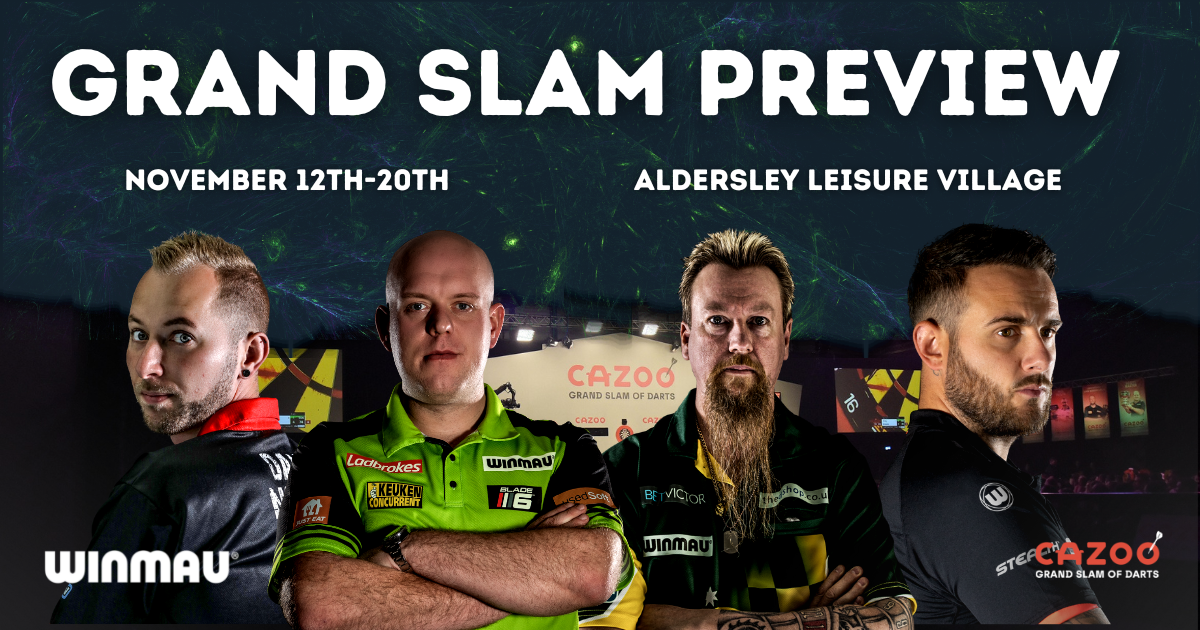 The Grand Slam of Darts is only around the corner, and three-time winner Michael van Gerwen is looking to add more televised success to what has been a sensational year so far. MVG has claimed his sixth Grand Prix and Premier League crowns, whilst also overcoming World Number 1 Gerwyn Price to earn his third World Matchplay crown.

The Vlijmen ace will certainly have his work cut out for him at Aldersley Village in Wolverhampton, after the draw confirmed he would face recent European Championship winner Ross Smith in Group G.

The pair are also joined by Luke Woodhouse who came through the tour card qualifier on Sunday and Nathan Rafferty who has enjoyed the best year in his darting career, excelling in Euro Tour events and the PDC Development Tours winning five so far.

The Rockstar has won once on the Euro Tour this year after beating William O’Connor 8-2 to claim victory in the Hungarian Darts Trophy. The Yorkshire man faces Edhouse first in Saturday’s afternoon session but will be wary that the group could come down to the outcome of his match with Bully Boy later in the week.

The World Championship runner up has once more come so close to a first PDC major, losing out in both the UK Open Final to Danny Noppert and Ross Smith in the European Championship Final last month. Smith will certainly be up for this event knowing that the wait will come to an end soon for a first major title, in what could turn out to be a very difficult test for the Winmau man in Wolverhampton.

Noppert qualifies as the 8th Seed for the competition after a successful 2022 having won his first televised title back in March, whilst also finding victory on the Pro Tour coming from behind to beat Andrew Gilding 8-6 in winning Event 19.

The Freeze will compete alongside fellow Winmau man Simon Whitlock in Group B, as well as former Champions League of Darts winner Mensur Suljovic and debutant Christian Perez. The Wizard from OZ will in fact open the tournament on Saturday afternoon, facing the Gentle first with the Dutchman beginning his campaign later in the session.

The Australian World Cup winner will be relieved to return and compete in another PDC major competition having missed out on the World Matchplay, whilst also going into Wolverhampton on the back of extending his deal with Winmau.

Coverage of the Grand Slam starts from 1pm on Saturday afternoon, with Michael van Gerwen facing Nathan Rafferty in the penultimate match of the evening session in Group G.