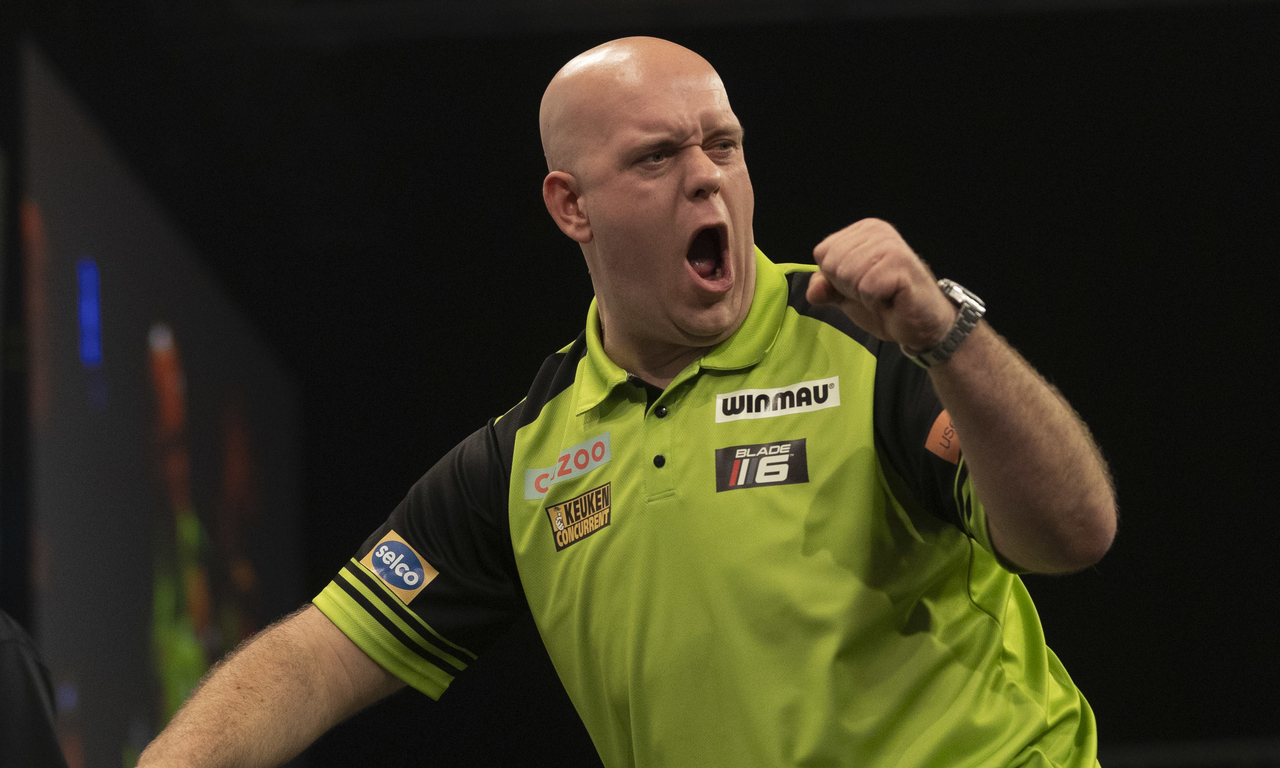 Michael van Gerwen triumphed 10-8 in the game of the night over Gary Anderson last night, booking MvG a quarter-final spot against Michael Smith.

Both players averaged over 100 in the mouth-watering clash, but it was Michael who pounced at the key moments to seal victory.

Anderson lead 3-2 at the first break before Van Gerwen won four of the next five legs to turn the game on its head and lead 6-4.

The flying Scotsman proved hard to shake but MvG never looked back as he held his throw to prevent an Anderson comeback, pinning D8 for the 10-8 victory.

"Overall, I think that game was a credit to darts," said Van Gerwen. "It had tension, pressure, good scoring - what more can you want?

"We all know Gary is capable of performing to this level, so of course I'm happy to beat such a phenomenal player.

"The most important thing is I won this game, which gives me huge confidence."

Fallon Sherrock will face Peter Wright in an intriguing quarter-final tie after continuing her fairytale run against Mensur Suljovic on Thursday.

History-maker Sherrock became the first woman to reach the quarter-finals of a televised PDC event, while Wright and Michael Smith also enjoyed wins in Wolverhampton.

Having recovered from 2-0 down, Sherrock won seven of the last nine legs as she enjoyed a repeat of her famous World Championship win over the below-par Austrian.

Sherrock, who qualified from the group stage in dramatic fashion with a match-winning 170 checkout on Tuesday, progressed in more straight-forward fashion on this occasion.

After Suljovic went 2-0 up, Sherrock replied with an 11-darter which featured a 100 finish, then took out 124 to level and added double nine to go in front.

Suljovic never regained the lead as Sherrock stayed consistent to book her place in the last eight, sending the Aldersley Leisure Village crowd into raptures.

"It wasn't the greatest of games but I don't care, I'll take the win," said Sherrock. "I'm just so proud of myself, I'm so happy.

"There was more pressure on me tonight but I've tried to keep it out of my head and focus.

"I love the crowd, I feed off the buzz. I want them to be out of their seats when I hit big scores."

Sherrock will now have the chance to avenge her 5-1 group stage loss to Wright when she returns to the stage on Saturday night.

She added: "I'm really looking forward to playing Peter, hopefully I can hit the doubles I missed against him last time out and it will be a closer game."

A tense game saw both players struggle to produce their best throughout, with 38 missed double attempts between the pair.

Having not led since the third leg, Wright snatched victory at the death; eventually finding his way over the winning line in the deciding leg having spurned five match darts to win 10-8.

"It was a struggle tonight," Wright admitted. "I will have to make huge improvements if I'm going to have a chance of winning this title.

"I only received these darts at 11am this morning. I had a practice with Fallon's darts [on Tuesday] so I asked for the same shaped dart to be sent to me.

"It's the best dart I've ever thrown, even though my average tonight doesn't reflect that.

"If I'd produced my practice game, I would've won easily but I knew that wasn't going to happen tonight."

Michael Smith missed double 12 in the last leg of the match, before returning a visit later to seal his passage to the quarter-finals for a third successive year.

A tale of missed doubles and high scoring saw both players land six 180s each, but once Smith hit the front at 4-3 he never relinquished his lead.

"Every dart felt like it was going in [on the nine-darter], it was a shame I couldn't hit it for the fans," said Smith.

"But hitting the nine isn't as important as winning the match.

"I got lucky all the way through that match, Joe just kept letting me in. If he's going to let me in, I'm going to take my chances."

The £550,000 tournament continues on Friday, with the first two quarter-final ties.

Tickets for the Cazoo Grand Slam of Darts can be purchased through Ticketmaster.

The tournament is broadcast live on Sky Sports, as well as through the PDC's international broadcast partners including DAZN and RTL7, and through PDCTV for Rest of the World Subscribers.