DARTS READY TO FLY AROUND THE WORLD 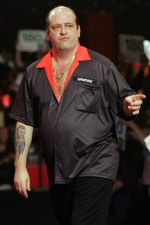 DARTS READY TO FLY AROUND THE WORLD

Stirling-based 110sport – who already have an agreement in place with World Snooker to show live and exclusive content – have been working alongside GMJ Marketing in developing the concept, which will cover eight events during the year, starting with the BDO British Internationals from Bridlington on April 10th & 11th.

Next month’s ‘battle of the oche’ between the home countries of England, Scotland and Wales at The Spa, Bridlington, will be streamed live through 110sport.tv and through their betting and sponsorship partners platforms.

In the last year, in addition to broadcasting snooker qualifying events (which were subsequently shown on Eurosport) 110sport.tv have also broadcast Commonwealth championship boxing from Aberdeen, and last month televised the Ding v Hendry Snooker Challenge from Beijing.

“Darts has a massive potential audience across Europe and the rest of the world and we are delighted to have the BDO, WDO, WDF, TDF, AG in Turkey and GMJ Marketing as our partners in this venture,” said David MacKinnon, CEO of 110sport Group. “Many of those participating in Bridlington will be instantly recognised through their exploits at the Lakeside World Championship and I am sure that darts fans out there will welcome the chance to view even more top-flight darts throughout the year.” BDO Chairman, Dave Alderman added: “We are delighted with this collaboration with a major internet provider, and as well as the darts coverage 110sport.tv will be introducing internet advertising opportunities to provide additional funding to cover future production costs and the sponsorship of additional darts events.
Next
Popular