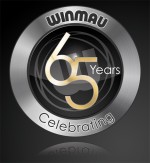 The BDB run event forms part of the 2010 Lakeside World Professionals and Winmau World Masters qualifiers, and has been won in the past by the likes of Ted Hankey, Scott Waites and Darryl Fitton.

The Belgium Open attracts thousands of entrants with its superb 20,000 Euro prize fund.

The Blade III’s were supplied by Winmau’s exclusive Belgium distributor, K-Sports, and they said "This is Belgium’s flagship darts event and we’re proud to be associated with both the event and the BDB who do a great job in running it on behalf of darts in Belgium".

The 2009 event was won by John Henderson of Scotland and the women’s event by Deta Headman of England.

Full event details and match reports can be found at: http://www.bdbdarts.be/