BDO AGREEMENT WITH WINMAU TO 2015 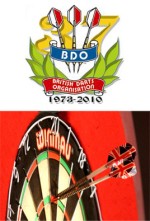 BDO AGREEMENT WITH WINMAU TO 2015

28 April, 2010
The BRITISH DARTS ORGANISATION have extended their agreement with the WINMAU DARTBOARD COMPANY to officially endorse their boards until 2015 – which means that Winmau Dartboards will celebrate four decades as the BDO’s dartboard of choice. Announcing the longest-running agreement in world darts, Ian Flack, Sales & Marketing Director of Winmau says:

“We are proud that our premium quality Blade 3 bristle dartboards are used in all BDO tournaments, including the BBC televised Lakeside World Professional Championships and of course, the Winmau World Masters. It’s the perfect combination of the best dartboard in the world with the best darts organisation in the world. Winmau and the BDO have enjoyed this unique partnership for the last 37 years, and I am delighted that the new agreement will take us into
our fourth decade together.”

The agreement also guarantees Winmau’s title sponsorship of the World Masters and BDO British Classic until 2015.

“This is fantastic news for the BDO and its players and confirmation that the BDO is looking after the future of darts”,
says Olly Croft, OBE, Managing Director of BDO Enterprises Ltd. “Winmau dartboards are seen by millions on BBC TV every year and the World Masters is the oldest established ‘major’ in the world. It was first played in 1974,  and today it is unique for having four separate finals for Men, Women, Boys and Girls. “Winmau share the BDO ethos of promoting darts for all, irrespective of age, gender or race – and the extended agreement ensures that BDO players will be playing on the very best equipment - a winning ‘double’ for the very best in World Darts”.
Prev Next
Popular