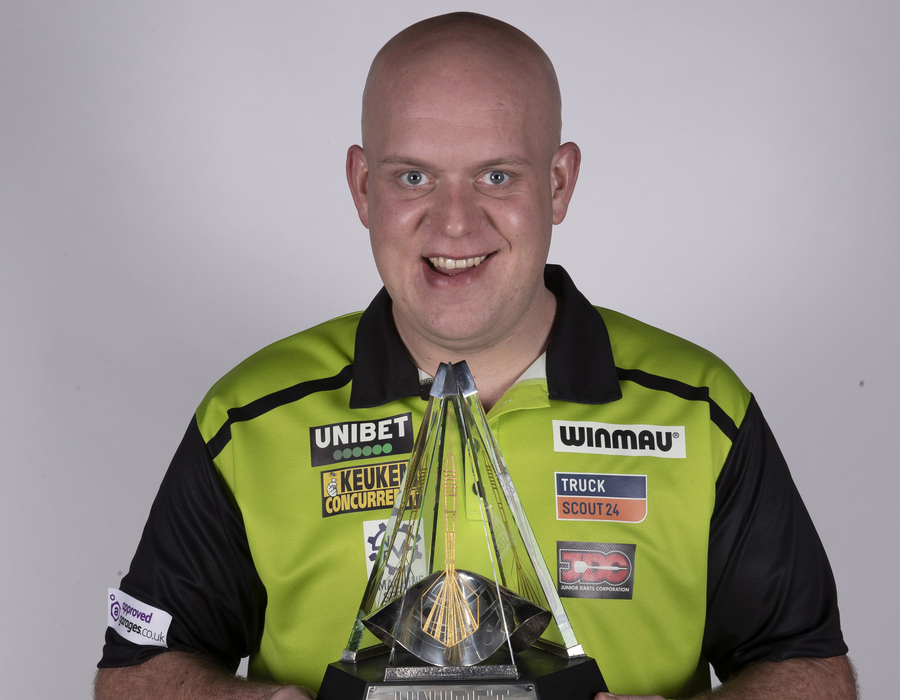 The 2020 Unibet Premier League gets underway tonight in Aberdeen, with reigning Champion Michael van Gerwen taking on Peter Wright on his homecoming night, in what promises to be a special night for Scottish darts.

The Premier League roadshow will see nine of the world's biggest stars go head-to-head across 17 nights of action, kicking off at the new P&J Live venue in front of 7,000 fans.

World number one Van Gerwen will be seeking immediate revenge for his World Championship defeat as the Dutchman opens his challenge to win an unprecedented fifth successive Premier League title.

Van Gerwen has dominated the competition since his debut in 2013, winning the league phase every year; a record he is determined to continue into 2020.

"I love to perform on the biggest stages and the Premier League is the perfect tournament for that, so I'm looking forward to it," said Van Gerwen.

"I have performed very well in the tournament over the years and if I keep my focus each week then I will continue that this year.

"You have to perform every single week and if you don't you will lose because you are playing the best of the best. I see every game as a final, that's how you need to approach it.

"Of course it was a disappointment to lose the World Championship final, but you have to look forward and that starts this Thursday against Peter."

The pair will renew rivalries on Wright's home soil as the Scot eyes his maiden Premier League title to banish the demons from the infamous 2017 final which saw him miss six match darts for the title.

Daryl Gurney begins his 2020 Premier League campaign against two-time champion Gary Anderson in his own back yard, the Flying Scotsman making his Premier League return after missing last year's competition due to injury.

Local hero Henderson famously lit up the old Aberdeen venue in 2019 with a spine-tingling walk-on followed by a thrilling 6-6 draw with Van Gerwen.

This year he will face UK Open champion Nathan Aspinall, who will be competing in his first full Premier League campaign, with over 7,000 fans set to pack the state-of-the-art venue.

The first nine nights of action will see a different Challenger in action, culminating in Judgement Night in Rotterdam on March 26 where the ninth-placed player will be eliminated.

The top four players then progress to face off for the title, and a £250,000 top prize, in the Play-Offs at The O2 in London on Thursday May 21.

The tournament will be broadcast live on Sky Sports in the UK, on PDCTV for Rest of the World Subscribers and through the PDC's worldwide broadcast partners including DAZN and RTL7.

Any remaining tickets are available to purchase through ticketmaster.co.uk