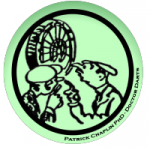 Last year’s quarter-finalist Garry Thompson ensured his place in the same stage this year, as he dispensed of Alan “Chuck” Norris 4-1 in convincing fashion. The Yorkshire stalwart came out of the blocks firing, taking the first seven legs of the contest, before the stunned Norris responded in kind by taking the next five, the highlights being a brilliant set-winning 146 checkout, closely followed by an inspired 125 finish on Double 18.

A closely fought fifth set was edged by Thompson, regaining control of the math via a double 19, and then he broke the Somerset-born Norris before hitting a killer 156 finish to take him to the brink of victory. Norris kept his hopes alive in the next but Thompson produced his best at the last, firing in a 12 darter to move on. “I thought I played really well in the first two sets, Alan was nowhere and then he came back and I was really struggling”, Thompson said. I really went for it in the last leg and it was probably my best darts of the match.”

The reigning 2010 Grand Slam of darts Champion Scott Waites was dumped out of the Lakeside by in-form Stephen Bunting in front of an electric crowd at Frimley Green to book his place in his first quarter-final. Waites started in ideal fashion, hitting a 180 with his first three darts on the way to taking the first set, but that was quickly followed by a 108 in the first leg of the second by Bunting to start his momentum, as he swept into a 2-1 lead against a visibly below-par Waites. A 124 checkout from “Too Hotty” in the first leg of the fourth regained some ground for him, and contributed to the battling Yorkshireman’s taking of the fourth to equalise things. However, missed doubles proved costly in the early stages of the fifth as Bunting held his nerve to move to the brink of victory, and after a pressurised Waites missed big 17 in the deciding leg of the sixth, Bunting kept his cool in the heat of the Lakeside, to round off a confident and assured display in the biggest match of his life. “Ever since I started watching darts at the age of 11 I have dreamt of being crowned world champion, and this year I feel confident and came with the intention of doing well and I do believe I can win the title”, declared the Scouser afterwards. “Previously I have come to Lakeside and just been glad to be here, this year I have been a lot more confident and determined”. Waites blamed the heat of the stage for his performance, as temperatures exceeded over 40 degrees Celsius. “My darts kept slipping and even though I put wax on the barrels, this made it worse. The more I gripped and pushed the darts the worse I did. Stephen played well all game. I had my chances and missed loads but it was unbelievably hot up on stage.”

Winstanley continues dream debut as Kong is hunted down…

Lakeside Number 3 seed Dean Winstanley produced a battling performance to condemn Robbie Green to a second round defeat, and set up a showdown with Stephen Bunting in the Last 8. It was a game full of missed doubles as the tension took over the pair; Winstanley twice miscounting in the opening set to add to the nerves. The second set proved crucial as both players missed numerous darts to clinch it, but Winstanley edged it and never looked back again. A gritty Green took the third set, again amongst several missed doubles, but the honours of the fourth, despite a 127 checkout from “Kong” on the bull, and the fifth went to Winstanley, as he finished the match with a 116 kill.