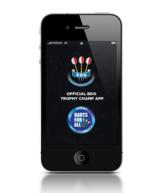 2010 began with a large number of German youth who qualified for the Winmau World Masters, and one in particular was the young darter Max Hopp.

The 14 year-old has only been playing darts for 3 years, where he^s spent 2 years at club level and 1 year in the big DDV (the German Darts Organisation) tournaments.

Max had great success in 2010 by winning the Dortmund Open to qualify for the Winmau World Masters. In the first DDV tournament this year, Max won the youth title, and claimed the number 1 spot in the boys DDV ranking. This achievement in such a short time is exceptional and shows how much talent and drive he has, and no doubt Max will feature as big name in future European tournaments.

Kevin Knopf has also had a very successful start to the season, the 15-year-old is currently ranked 4th in the DDV boys rankings and was 2nd behind Max Hopp in the DDV Youth Championship.  Kevin started in the men^s division and beat Germany’s number 1 Men’s player Kevin Münch twice in the same tournament to move forward to the last 16 Players (out of 210).

Kevin and Max are sponsored by and work closely with Winmau distributor Ryan Sport from Neu-Isenburg (near Frankfurt).

Andreas Eder, Managing Director of Ryan Sport, said "We are so very proud of both players and their unparalleled success in such a short time. We^ve been working with them to help them prepare for tournaments both in practice and in their mental attitude, and it’s also great that they both play with the highest quality Winmau professional darts".