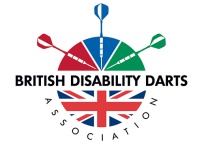 Vincent D’Hondt won the BDDA Winmau Wolverhampton Open to round off the Road to Winmau Tour, whilst Ricky Chilton picked up the Classic title last weekend.

The weekend’s action from the Wolverhampton Indoors Sports Arena kicked off with the Wolverhampton Classic. Team Winmau’s Ricky Chilton edged out Jonathan Hirst 3-1 in the final to claim the title, also defeating Matt Doe 2-1 in the semi-finals on the way. Hirst himself put in an impressive display to defeat former WDDA Winmau World Master Champion and Winmau team-mate Vincent D’hondt 2-0 in the semi-finals.

Sunday saw Belgium’s D’Hondt take his game to another level, as he defeated Pete Bramley 3-1 in the BDDA Wolverhampton Open final.

The Open was the final chance for players to guarantee qualification for the BDDA Winmau World Masters. A semi-final place for Chilton ensured that he sealed top spot in the rankings, despite losing to Vincent D’Hondt 3-0. Pete Bramley took 2nd spot whilst Shane Havard picks up 3rd ahead of Jonathan Hirst.

Returning Winmau World Master Kevin Turner finds himself in 7th in the ranking table with D’Hondt in 9th. Turner already had a concrete place booked as returning champion whilst Vincent D’Hondt qualified via winning the Dutch Open paradarts tournament.

The top 10 in the Rankings table will now qualify (excluding those who are already qualified via alternate means) for the WDDA Winmau World Masters.