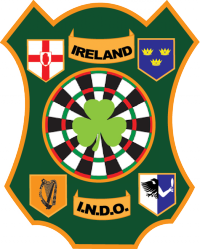 As part of the agreement, Winmau is the exclusive darts brand at all INDO events and the INDO will adopt the Blade 5 as its official dartboard. In addition, Winmau will promote INDO events via its global marketing channels.

Formed in the 1970s, the INDO is the sport’s national governing body in Ireland, comprising more than 10,000 players from 26 counties at pub, county and national levels. Its ranking system runs over eight weekends between April and November with the top players qualifying for the Republic of Ireland’s men’s, ladies and youth teams. Each weekend tournament carries a 3,000 Euro prize fund.

As part of the sponsorship agreement, the INDO will introduce a new event in November 2019 – the Winmau Irish Open - which has been sanctioned by the BDO as a category A+ competition (the highest ranking category in the BDO system). Another tournament will be played on the same weekend and this tournament carries BDO category C points with an overall prize fund off 28000 euros on offer in men’s, ladies & youth singles, as well an doubles competition that weekend.

“Like many other countries around the world, darts is increasingly popular in Ireland,” says the INDO general secretary, Kevin Devaney. “Our mission is to nurture the incredible talent we have in Ireland and provide a platform for the sport. Winmau’s support is a huge boost, especially as we prepare for our first category A+ event. I’m delighted we will be working with the most well-respected name in the sport.”

Ian Flack, Winmau’s Sales and Marketing Director, added: “The INDO has been the rock around which Irish darts has been built for nearly 50 years. It’s a tremendous organisation full of committed people who work tirelessly to encourage the game from grass roots to international standard. We’re looking forward to working with them over the next three years.”

Further information on the INDO can be found on their Facebook page: https://www.facebook.com/IrishNationalDartsOrganisation/

The Winmau range in Ireland is available via their distributor Daricia: sales@daricia.ie