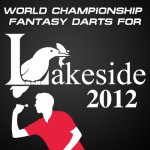 28 April, 2011
The British Superbike season got underway with 2 thrilling races at Brands Hatch over the Easter weekend. Swan Yamaha’s Tommy Hill leads the championship, with HM Plant Honda’s Shane "Shakey” Byrne in second place. However, Tommy revealed a love of a sport played at a slightly different pace – darts!

World Champion, Andy Fordham, attended the first BSB event to help raise awareness of the CJ Riders Fund charity and the Winmau British Superbike Darts Championship, which will feature top darts players pitting their skills against the top riders in the BSB over the coming season.

Andy commented "It’s great to be back at the BSB this year, and also to be helping such a worthy cause. I had the privilege of meeting many top riders over the weekend, and Tommy Hill and Michael Laverty from Swan Yamaha were true gentlemen who obviously love their darts! We hope to launch the full version of the Winmau Darts Championship within the next couple of races, but the interest among the players in the paddock is phenomenal!”.

Tommy Hill said "It was an honour to meet Andy and it capped a superb weekend for me both on and off the circuit. Andy and Winmau actually gave me a signed dartboard and some Viking darts, and I can’t wait to get the practice in for the Winmau Championship!”.

Further details of the CJ Riders Fund can be found on www.cjnine.com

For more information regarding the Winmau product range visit www.winmau.com

For the latest news on BSB visit www.britishsuperbike.com