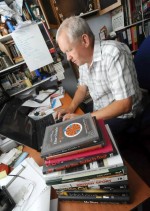 The BDO Lakeside World Professional Darts Championships will feature the top 32 Men and 8 Women players who have earned the right to compete on the famous Lakeside stage.

The players who compete at Lakeside 2012 will have won through qualifying events in over thirty countries around the globe for the opportunity to reach the World Finals of the 35th consecutive BDO World Professional Darts Championships.

The World Championships are the very pinnacle of achievement for darts players worldwide and it is the ambition of every player (man and woman) to compete at Lakeside in January. All matches will be played on the Winmau Blade 4 dartboard.

As such, the World Championships perfectly reflect the BDO’s proud mission statement and unwavering commitment to ‘Darts For All’ .

The BDO is all-inclusive and representative of the whole sport of darts, and has the responsibility of regulating, organising, promoting, staging, administrating and fostering darts nationally, internationally and worldwide for men, women, boys and girls to ensure the on-going growth of the sport for all participants, irrespective of gender, age or ability.

"It goes without saying that these are the most prestigious Championships in World Darts, and I am proud to say that I have not missed a single one since the BBC began broadcasting them in 1978”, says Olly Croft, OBE, Managing Director of BDO Enterprises Ltd.

"There will be a total of eleven sessions of darts in the 2012 World Championships, and together with our wonderful sponsor Bob Potter and BBC Sport, we will make certain that we stage what Bob describes as ‘the greatest Darts Show on earth!

The World Professional Darts Championships continue to maintain the history of darts at the highest possible participation levels. It is a true world event seen by the biggest TV audiences for darts anywhere in the world.

"Lakeside 2012 will present a wonderful mix of well-known and experienced players complemented by fresh faces and emerging talent”, concludes Olly, " together with the finest officials, the premier broadcaster and the No.1 venue in World Darts.”

The extensive TV coverage by BBC Sport is complemented by red-button coverage of every dart thrown for digital TV viewers, global distribution by BBC Worldwide, European coverage via Eurosport, and Asian coverage by Eurosport Asia.

Collectively this produces the biggest global TV audiences for darts.

Order forms for 2012 Lakeside tickets and hotel packages from January 7th to 15th, 2012 can now be downloaded at: