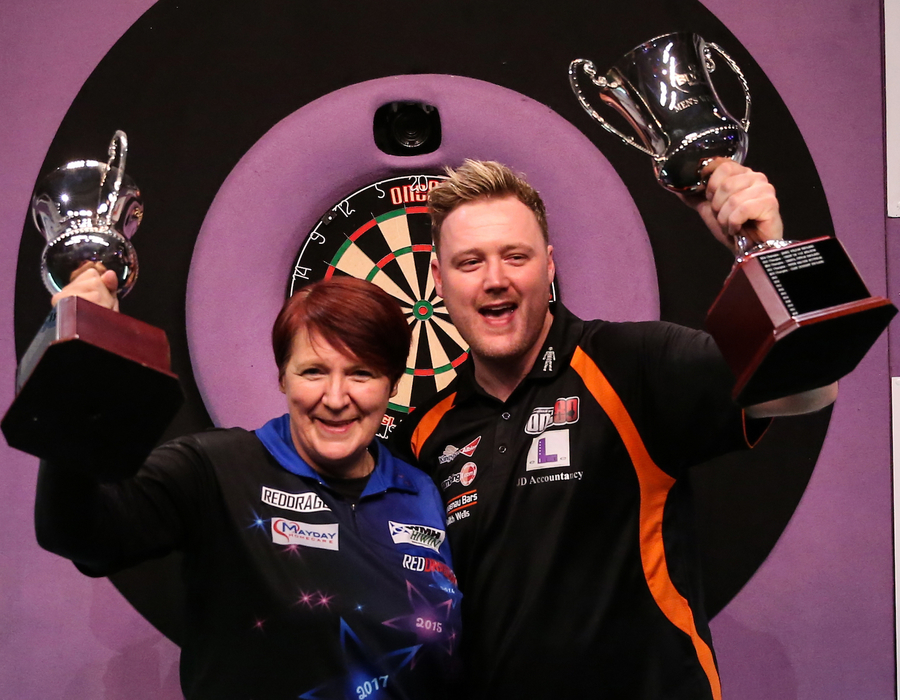 Jim Williams claimed his first BDO major title as he lifted the Men’s BDO World Trophy last night whilst Lisa Ashton claimed the ladies title for the third time in her career.

Williams was tipped to take the tournament despite being seeded behind Richard Veenstra and rightly so as he recorded wins over Wes Newton, Scott Taylor, Joe Chaney and Mark McGrath on route to the final.

In the final ‘The Quiff’ continued his  scintillating recent form to pick up his maiden BDO major title with a tight 8-6 win over the BDO’s number 2, Richard Veenstra.

Lisa Ashton claimed her third BDO World Trophy title after lifting both the 2015 and 2016 editions of the tournament and avenged her quarter-final loss to Dobromyslova in 2018 with this victory at King George’s Hall, Blackburn.

Anastasia set the pace early on taking the opening two legs, finishing both on D20 before Ashton bounced back to reel off six consecutive legs to win 6-2, averaging 81.04 along the way.