Autumn Series to be staged in September 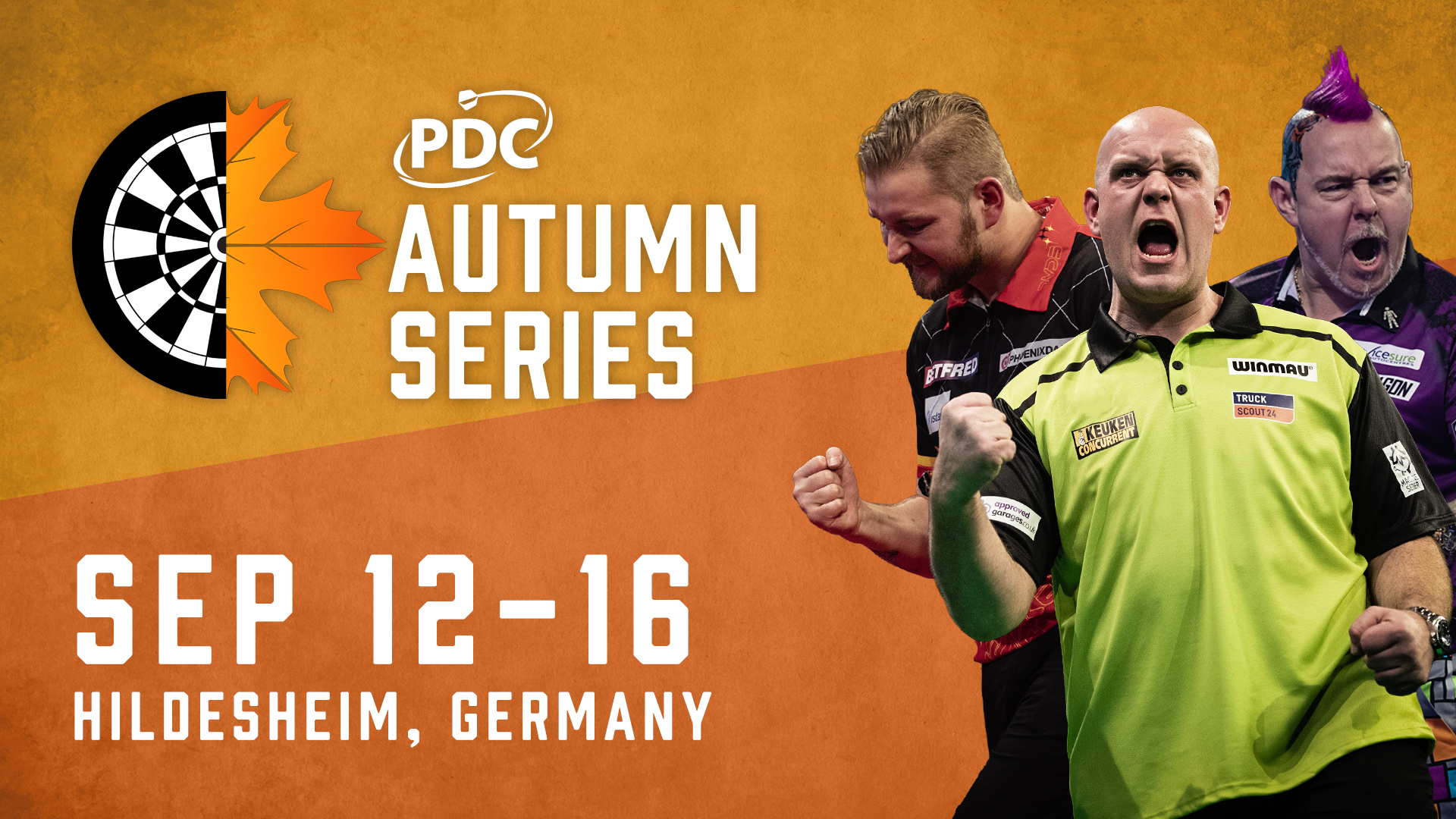 Autumn Series to be staged in September

Elite level darts will return with the PDC Autumn Series, which will be played from September 12-16 in Hildesheim, Germany.

Following the success of July's Summer Series, all 128 PDC Tour Card Holders will once again be given the chance to compete in five one-day Players Championship events behind closed doors at Halle 39.

All events will be ranked, with the winner of the 2020 Autumn Series Order of Merit to receive a place in this year's Grand Slam of Darts.

The Autumn Series will comprise the final five tournaments counting towards qualification for the World Grand Prix, with all Tour Card Holders still in with a chance of qualifying for the double-start event, which will take place from October 4-10.

Preceding the five Players Championship events in Hildesheim will be a World Series of Darts Finals qualifier on September 11, with four places up for grabs for the event in Salzburg, Austria, scheduled for September 18-20.

As with all 2020 Players Championship events, prize money will stand at £75,000 per event, with all winnings counting towards the relevant PDC Orders of Merit.

PDC Chairman Barry Hearn said: “The Summer Series was popular with players and fans alike, so I'm delighted that we're putting on another block of Players Championship events.

"The tournaments will give all our Tour Card Holders another opportunity to win prize money and qualify for televised events during the unprecedented times we are living in.

"For our fans, the Autumn Series means live darts will return to our screens soon after the block of seven Unibet Premier League nights concludes on August 31.

"It was also important for us to arrange tournaments outside of the UK in view of our large number of European Tour Card Holders, so we're delighted to be hosting the Autumn Series in Germany.

"We would like to give thanks to PDC Europe for their hard work and co-operation in arranging the Autumn Series at the fantastic Halle 39 venue.

"Schedule planning for the rest of the year is an on-going, ever-changing process, but a Winter Series will take place in the UK on dates to be announced."