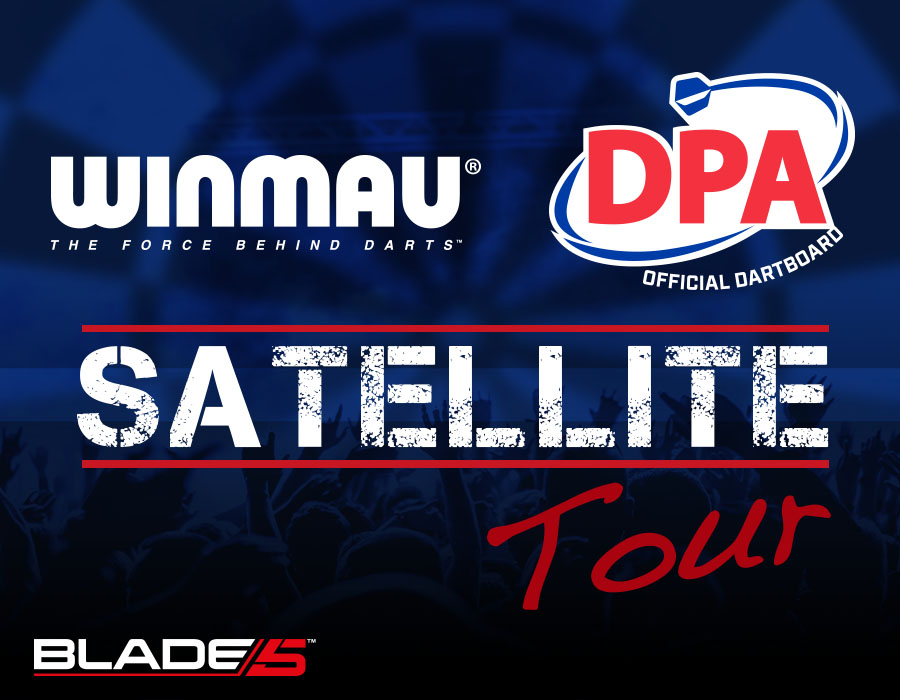 Western Australia saw the completion of their 9th and 10th events in the Winmau DPA Satellite Series 2021 over the weekend and it was young star Bailey Marsh who secured the double over the weekend to gain all the plaudits.

On Saturday the quarter finals saw veteran Loz Ryder fall to youngster Marsh in a close and exciting fixture by 4 legs to 3. Both players had held throw and even collected 15 dart legs before the final leg saw Marsh collect 140 on his fourth visit. Ryder was then unable to check out 161 but stood behind Marsh requiring just another 42. The youngster stepped up and secured the 69 he required at his next visit to secure another 15 dart leg and the victory. This was the closest of the semi finals as Tim Pusey eliminated Harvey Mayall 4-2 and there were white washes for Ricky Pickett (over Peter Sutton) and Joe Comito (over Mick Zdun.)

The semi finals saw Marsh defeat Pickett 4-2. Marsh won three straight legs, two against the throw, after being 2-1 down. The other semi final was even closer as Pusey survived a final leg decider against Comito. Both players held throw in their opening games before a great 13 dart leg from “The Magnet” put him in front again. He then busted trying to check out 30 in the next leg and Comito pounced to draw level once more. Comito had the momentum and won the next leg against the throw but was unable to consolidate and Pusey struck back to draw level at 3-3. Pusey had the darts in the last leg and required just 60 after three visits to the oche. It took him five darts, Pusey was far enough in front not to be punished for it, but he was soon in the final against Marsh.

The Final was a match up between the new generation of player verse the even newer generation of player and it was Pusey who struck first with a break of throw in the first leg. 17 darts later Marsh was back level with Pusey and then in another 17 of his darts Marsh was up 2-1. Pusey then held throw to move the match to 2-2. Marsh’s confidence was still high and a 16 dart leg saw him move back in front. The highlight of the match was the next leg, as Bailey threw 85, 180, 100, and 100 before a double 18 with his 13th dart had him two legs in front at 4-2 in a race to five legs. Pusey was not letting go just yet and fought hard during the next leg to secure a break of throw (despite missing several chances after leaving only 133 required after four visits.) Pusey then had the throw to take the match to a deciding leg but Marsh only needed 16 darts to take another break, and win the final five legs to three.

On the Sunday five of the previous day combatants were back in the quarter finals although the runner up on the Saturday, Tim Pusey, was eliminated by Mick Zdun 4-3 in the round of 16. The first quarter final saw Zdun take on Joe Comito, and it was Zdun who came away with his second final leg decider in a row. Comito was 2-0 up and then 3-2 up but lost the match 4-3 after missing several match darts in the final leg. Zdun was through to play the previous day victor in Marsh, but having already eliminated Pusey he would have had the self belief that he could eliminate the youngster. Marsh had progressed past the quarters after putting Ricky Pickett to the sword 4-1, the same score Loz Ryder took out Alec McAvoy. Graeme Blakey whitewashed former PDC world championship representative, Koha Kokiri, 4-0.

Neither semi final was a close affair as Marsh Defeated Zdun 4-1 (only losing the fourth leg in match that had a couple of bright moments) and Ryder defeated Comito by the same scoreline (also only dropping the fourth leg.)

Bailey Marsh would take on the experience of two time PDC World Championship representative Ryder in the Final.. It would actually be Ryder that started the more nervous as he dropped the opening throw of the match. Parity was restored as ‘The Warrior’ Ryder broke straight back. A 15 dart leg against the throw and Marsh had doubled his number of breaks and this time he consolidated it by holding his throw comfortably. At 3-1 Ryder was not done just quite yet and held his throw before Marsh did the same in 16 darts the next leg.  Ryder threw first in the seventh leg but a 140 on his fifth visit set Marsh a requirement of 42 on his next time at the oche. Ryder could only move from 150 to 123 at his next visit and thus Marsh was able to attempt, and indeed secure, the 42 needed to win the match with his next two darts. Marsh proved himself to be as good as many are saying by winning two straight finals against two players who have played on the PDC stage in front of TV audiences more than once before.

The Winmau DPA Satellite Series 2021 continues to shine a light on the depth of player talent around Australia.