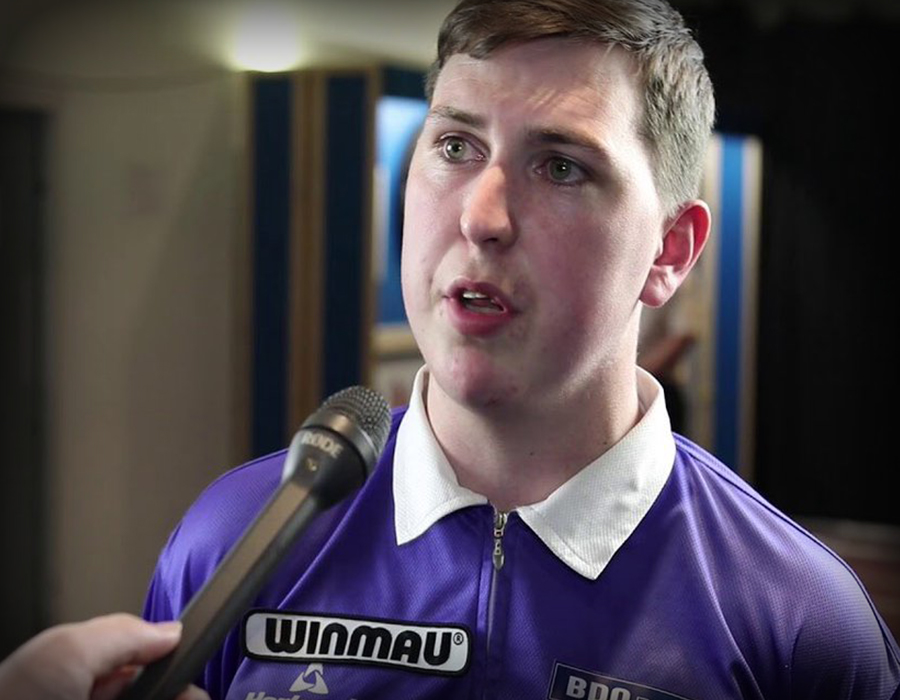 William Borland is ready to dump his GaGa walk-on theme to become the next big thing from Scotland.
The cool East Calder kid has been tipped as the future hero of the Dartan Army after getting his PDC Tour card in January.
Borland, 23, has given Michael van Gerwen a couple of really close games and the youngster is rapidly gaining admirers.
But ‘Big Willie’ as he is known is ready to KO Queen to become an oche king and aim for a William Hill World Championship place. He revealed: “I’ve never really been one to choose songs and I said to Matt Ward from my management to pick me a song.
“He wouldn’t tell me and it turned out to be Radio GaGa. He thought it would get the crowd going like Freddie Mercury at Live Aid.
“But that never happened so I want something a bit more upbeat, something more this era. I’ll think about it when I qualify for a big event.
“I’ve been looking at the rankings and it’s not a million miles from me qualifying for the World Championships. Barry Hearn has said there’s going to be a Winter Series before the Worlds. So if I have another two good weeks, I’m in grasping distance of qualifying for the Worlds.
“It has been frustrating, I obviously want to keep my tour card and play as much as possible. It was good to get back to Milton Keynes and now I’m looking forward to the Autumn Series.
“But with flights getting cancelled there might be a doubt over it happening. They might have to move it back to the UK.
“It’s hard to keep at it, it gets boring when you are practising by yourself.”
Scotland has enjoyed its most golden era over the past decade with Robert Thornton, Gary Anderson and Peter Wright picking up three world titles and a plethora of major titles.
Borland has definitely got an eye on following in their oche footprints, adding: “I’ve grown up watching the likes of Hendo, Gary and Robert. I am single-minded as well. I know I can be the next big thing.
“But I just love playing the sport. It’s been in my family for years, no matter what happens I’ll always be proud that I’ve reached my goal and become a professional player. Now it’s about keeping that up.
“I think I can take the next step up to the next level. I’ve played Michael van Gerwen twice now and I’ve given him a bit of a scare in both games. He’s the type of player who can turn it on and produce anything. But I believe I can be at the top.
“Everybody is averaging and playing the same. All the 128 tour card holders can beat each other. It’s all about just trying to get consistent runs. That’s how you make more money and climb up the rankings.
“I’d love to be the next big Scottish star. There are a lot of young players in Scotland including Nathan Girvan.
“They tend not to make that next step from 18 to the Development Tour. That should really be drummed into them from an early age.
“The youth situation in Scotland could be a wee bit better. But I think Nathan will do well and there’s a few other guys who if they get the sponsors will do well. I just hope it’s me!”