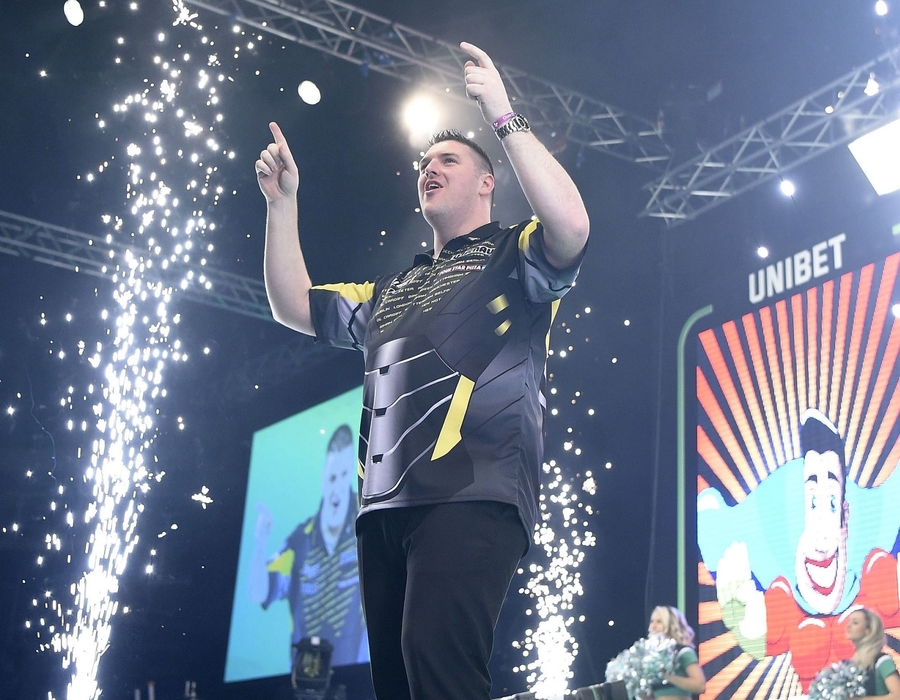 The victory keeps Daryl in the hunt for a Premier League play-off place as he trails by just a point of the top four, with three games left to play.

Gurney initially fell to an early 2-0 deficit, but strong finishes of 104, 86 and 101 saw him battle back into the lead. A 124 finish on the bull saw Snakebite level the scores at 4-4 before Gurney smashed in a 12-dart break of throw as he power to the finish-line to win 8-4.

Superchin’s victory was the only one of the night as all the other three matches ended in 7-7 draws. Michael van Gerwen remains a point clear at the top of the table after earning a draw from 7-5 down. MvG faced an in-form Wade who pinned impressive back-to-back 121 finishes during the match.

Rob Cross also narrowly avoided defeat as he survived four match darts in his draw with Welshman Gerwyn Price, who is looking to solidify his place in the top four. Cross’ finishing was the biggest factor that earned him the point, posting two ton-plus checkouts and a 58.33% on his doubles.

The other match of the evening saw Mensur Suljovic fail to capitalise on the players drawing around him as he drew 7-7 with Michael Smith.

Suljovic looked close to defeat as Smith found himself in a comfortable 6-2 lead, but the Austrian fought back with five straight legs to put himself a leg away from victory. Smith capitalise on some poor scoring in the final leg to hold his throw and earn a draw.