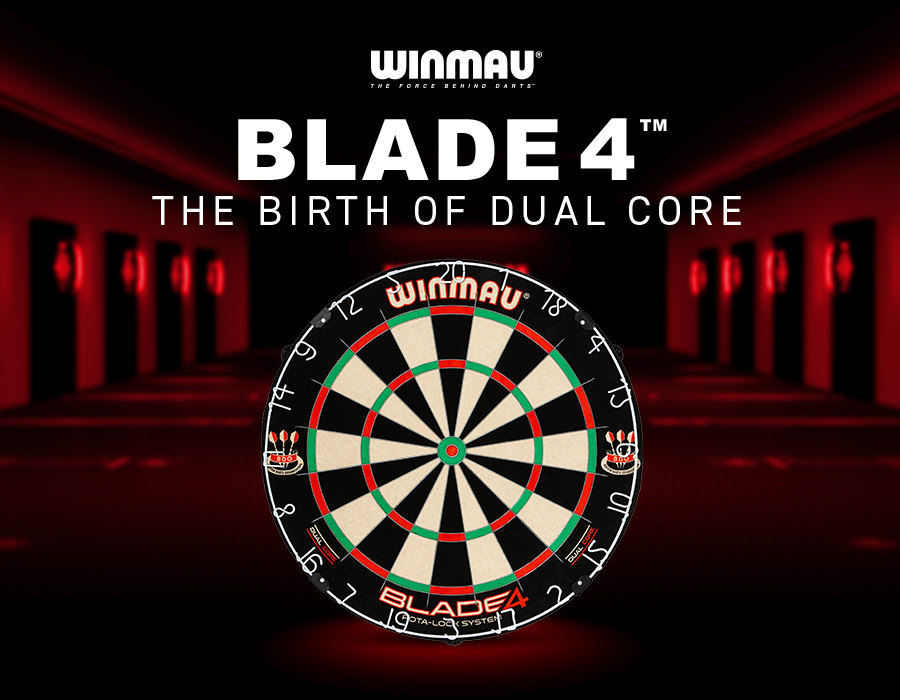 By 2010, Winmau’s reputation for pushing the boundaries of dartboard development was well established, following the first three generations of Blade.

The fourth iteration of Blade made its debut at the 2010 Winmau World Masters, won by Martin Adams.

The difference was immediately apparent. The Blade 4 featured a new, thinner wiring system. The Dynamic Sector Wire was 50% thinner than on the previous generation, meaning darts were far less likely to hit the wire and be rejected.

2008 BDO World Champion, Mark Webster told us, “going from Blade 3 to Blade 4 was a really big step. When I would practice you really noticed the difference around the key scoring areas, especially the trebles.”

The next key evolution in the Blade family, came in 2013, when the concept of Dual Core was first introduced.

At the outer core, lower compression of sisal allows for easier penetration of the dart point for fewer lost darts.

Not only was their the technical improvements offered by Dual Core, but there was also the cosmetic benefit of the new boards, no longer featuring the so-called ‘veins’ that had been a long-standing feature of sisal boards. This meant a much cleaner playing surface.

Scott Mitchell, who won his BDO World Championship on the Blade 4 Dual Core said, “you could really tell the difference between a standard board and the Dual Core. Before you even threw a dart it looked fantastic. It looked really clean and smart. It made you want to practise more.

“Then once you started throwing on it the combination of the thinner wires and Dual Core, made it the ultimate dartboard of its time. It gave me the confidence to play my game without worrying about bounce outs or the dartboard wearing out to fast.”

The Blade 4 was also the first board to feature, Winmau’s Rota-Lock system. The triple-wheel lock and level system allows for the dartboard to quickly be fitted to almost any surface, meaning players can start throwing almost immediately.