BLADE II – The Next Evolution 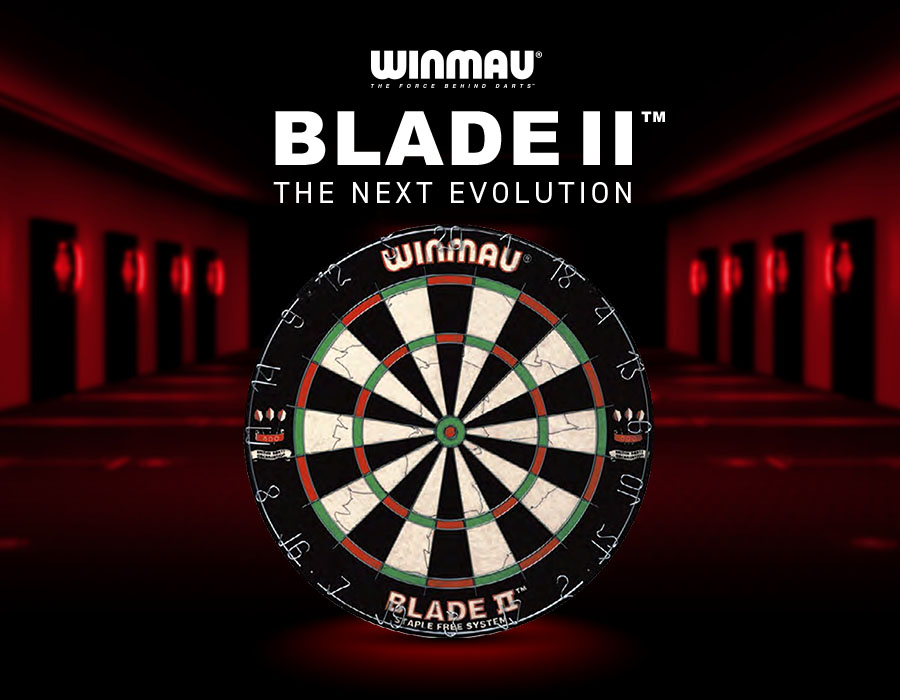 BLADE II – The Next Evolution

Not content with the huge leap forward in dartboard technology that the original Blade provided, Winmau’s Development Team immediately got back to work and set out on the next chapter of dartboard evolution, Blade 2. Releasing it just 2 years after the launch of the original Blade, in 1999.

The new board, with improvements in the already revolutionary wiring system, would allow for increased durability as well as enabling increased scoring for its players.

The centrepiece of the new board, quite literally in this case, was the supported 25 ring. This aided the endurance of the web, meaning players would get a longer useable life out of their dartboard.

The two key properties for the Blade dartboard were wire stiffness and angled machining. The Winmau Blade 2 Dartboard had a 12.5% surface area gain whilst still complying with the strict World Darts Federation dartboard rules that continue to apply today.

Following the launch of the Blade II at the Embassy World Championships, its impact was clear for all to see from the outset. On the Round of 32, average scoring jumped from 84.37 in 1994 to 90.78 during the 1999 event, a 7.6% increase in just five years.

By 2000, dartboards could pretty much be divided into two classes: low-tech dartboards made with round or triangular wire and staples or exclusive Blade dartboards from Winmau made of high tensile performance machined wiring.

The Winmau Blade dartboards were lasting much longer with a noticeable improvement in scoring potential and functionality.

Making its debut at the 1999 BDO World Championship, the Blade II would feature in countless great matches.

The first major final to be played on a Blade II was at the 1999 Lakeside, where Raymond van Barneveld defeated Ronnie Baxter to become the first player since Eric Bristow to defend the title.

But perhaps the greatest moment to happen on the second generation of Blade board, was in 2004 when Andy Fordham lifted the World Championship title, beating Mervyn King to do so.