BLADE: Where it all Began 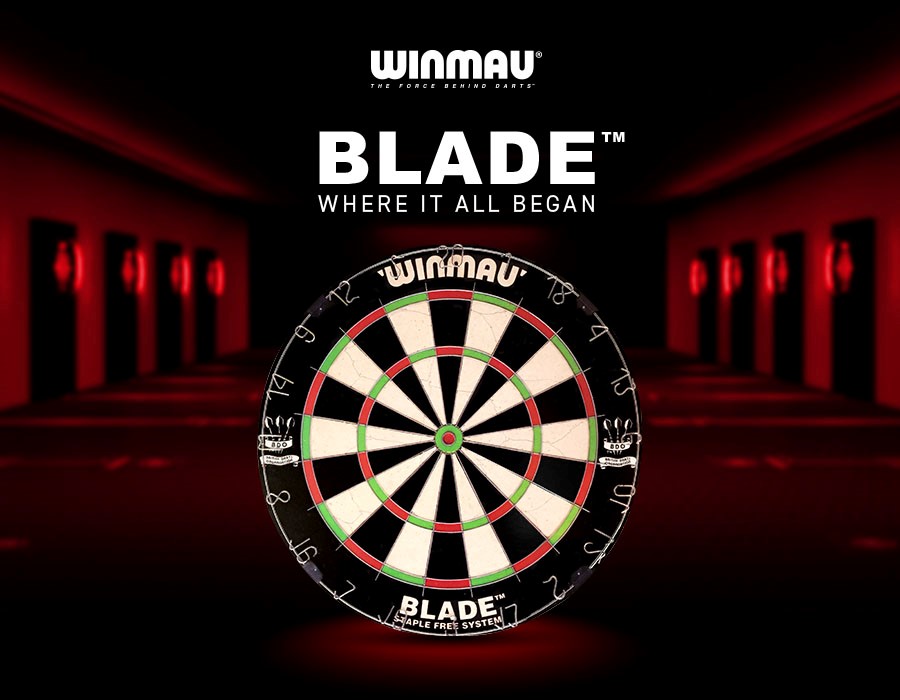 BLADE: Where it all Began

Since the first bristle dartboard was developed in 1932 by Nodor, surprisingly little changed in the following 65 years – until 1997, when Winmau launched the first Blade dartboard.

The launch of the original Blade was a huge leap forward in dartboard quality, kickstarting an arms race in dartboard technology that the latest generation of Blade would continue to lead.

Within a year, Blade had taken the global market by storm.

The redesigned wiring system had become smaller, and all staples were removed. This combination increased the playable surface area, making it the most technically advanced dartboard on the market.

Players of all levels benefitted from the low bounce out rate afforded by the new wiring system. Likewise, players immediately saw improvement in their averages.

This was evident even from the Blade’s first appearance. The Blade and its fantastic new wiring system blew viewers away. In addition, the staple-free board provided a much cleaner playing surface not just for the players but also for those watching at home.

The original Blade board played its part in some classic matches during its time on the BDO big stage, both at Lakeside and the Winmau World Masters.

Its first appearance on TV came shortly after launch, at the Winmau World Masters in 1997. This event produced some great matches, including the Final, won 3-2 by Graham Hunt over Ronnie Baxter.

Shortly after this, we witnessed one of the greatest TV finals in the BDO era, as Raymond van Barneveld was crowned World Champion for the first time, beating Richie Burnett in a last set decider.

Both players averaged in the mid-90s, a remarkably high standard for the time, particularly over the full 11 set distance.

Even though the first-generation Blade board was soon to be replaced with Blade II, it had made its mark, and the era of Blade has well and truly begun…