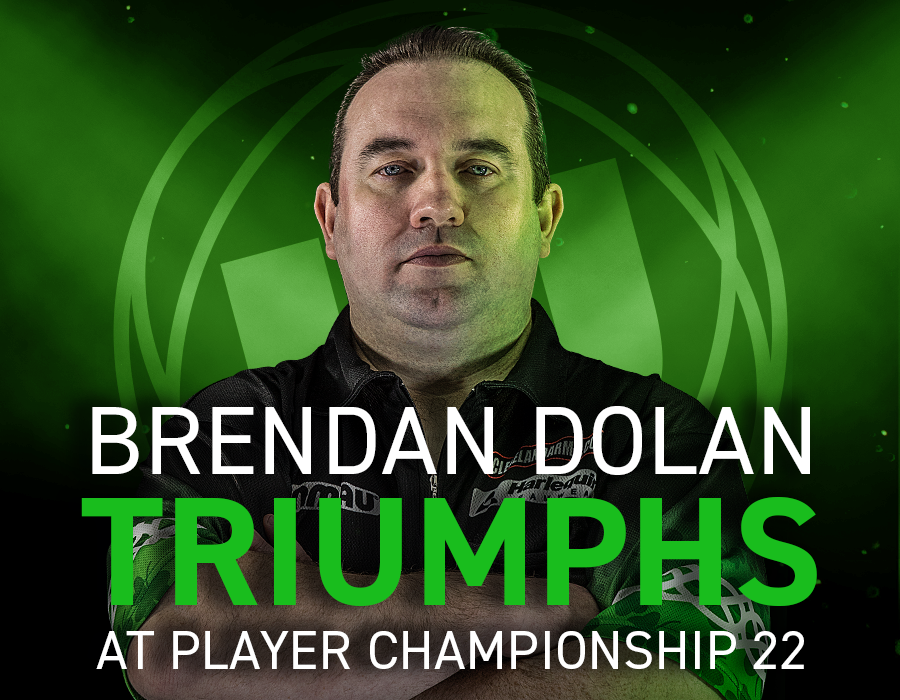 The History Maker, Brendan Dolan, claimed his first PDC ranking title in over 4 years as he romped to victory at Players Championship 22 this weekend.

This triumph in Hildesheim is the 6th ranking title for Brendan in his career and he played some of his best darts of this year, hitting the highest average of the weekend of 106.7 in his 6-5 win over Chisnall.

An emotional Dolan stated after the final, “I've worked so hard and I haven't got results out of it. Yesterday, the way I played was unbelievably bad and I sent my wife a text. She told me to wise up.

"I used to always say that if I get past the first round then I'm dangerous. I've tried really hard this last 18 months and not got the results, but I've performed really well.

"I think I've got the luck on the day today and it's just great to get a win."

Dolan has now fired himself into contention for World Grand Prix qualification, sitting 35th in the Pro Tour Order of Merit and just £7,000 behind the last two qualification spots.

The 2011 edition of the World Grand Prix was arguably the biggest moment in Dolan’s career, as he hit the first ever double-start nine-dart finish as he made it to the final.

There’s now a break in action for Brendan and all those not participating in the World Series, until 30th August for the Austrian Darts Championship.