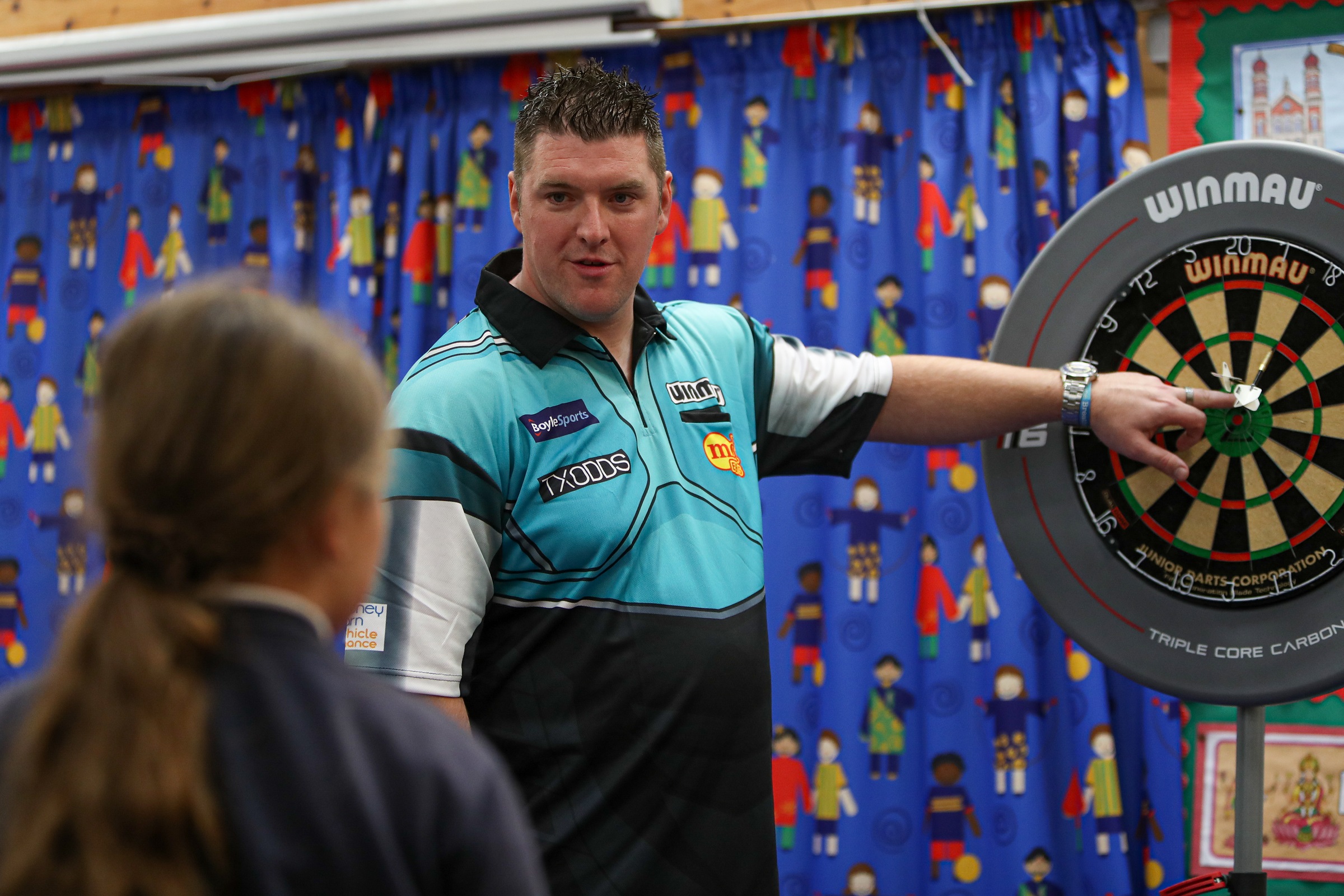 Pupils at St Mary's Catholic Primary School in Loughborough received a boost with the visit of PDC star Daryl Gurney for a Bullseye Maths session on Wednesday.

Gurney is in Leicestershire for the BoyleSports World Grand Prix this week, where he is competing at the Morningside Arena in a bid to win his second title in the double-start tournament.

The Northern Irish star took time out from his preparations for Thursday's second round game with Madars Razma to participate in the latest Bullseye Maths schools visit.

Bullseye Maths was launched by the PDC earlier in 2022 to promote numeracy in a fun and inclusive way, with the online portal at the PDC website (pdc.tv/maths) accompanied by in-school sessions run by staff from Nottingham College's Room 180 Academy.

Wednesday's session saw Gurney join over 20 students in a series of tasks which involved maths worksheets and practical darts activity.

"It was good fun and I enjoyed seeing how enthusiastic the children were," said Gurney, who also appeared live on BBC Radio Leicester during the session.

"I know from when I started playing darts that it helped my maths and hopefully this will be a benefit for all the students who've taken part in Bullseye Maths."

Room 180 Academy's Gary Horsley, who was joined by staff from Leicester-based CEL Sports to run the session, said: "This was another really good visit for Bullseye Maths and all the schoolchildren were brilliant.

"We saw some of the pupils really excel with the activities and show some great numeracy, and although playing darts was new to many of them they picked it up well."

Bullseye Maths sessions have been held across the UK since the scheme was launched in February, with stars including World Champion Peter Wright, Masters champion Joe Cullen and Premier League stars Michael Smith and James Wade amongst the players visiting schools.