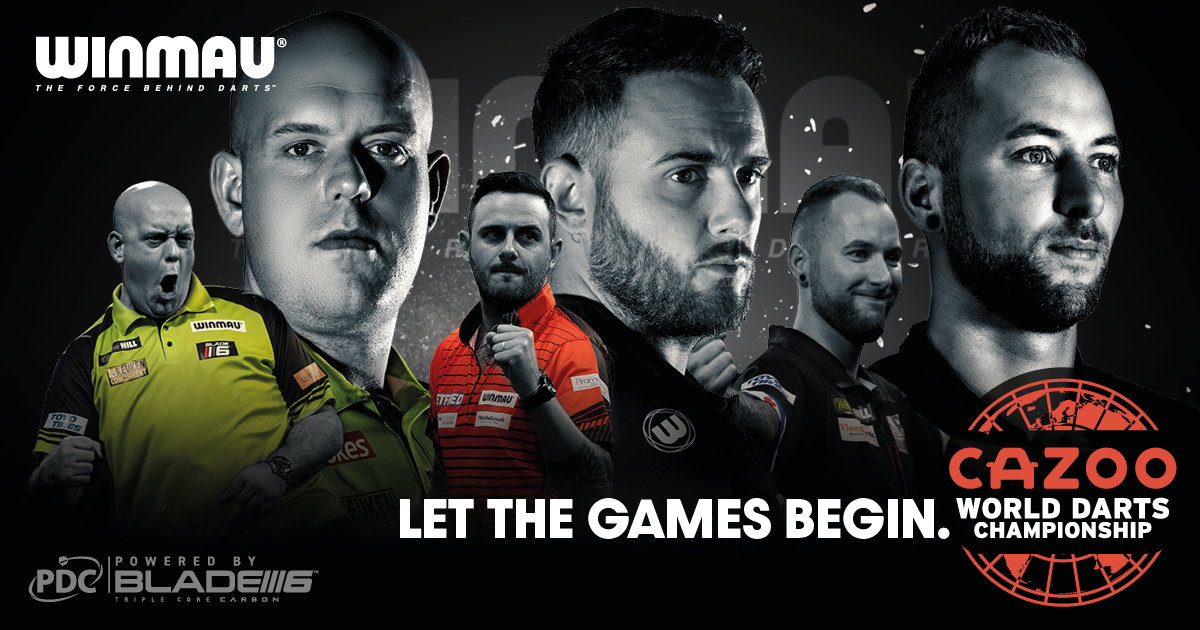 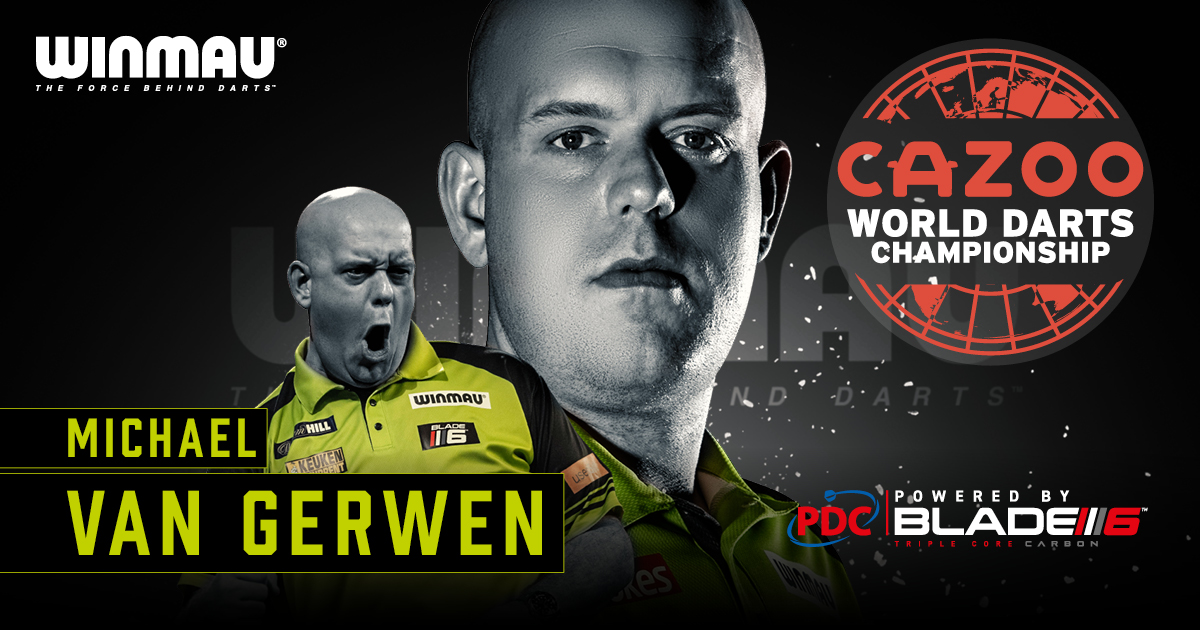 The Cazoo 2023 World Darts Championship is less than a week away from kicking off and Michael van Gerwen after what has been a perfect year, goes in as favourite for his fourth World title. The Dutchman picked up his hat trick for World Matchplay crowns back in July after beating World Number 1 Gerwyn Price 18-14 in the Final at the Winter Gardens, Blackpool.

The Winmau man has also added his sixth Premier League and Grand Prix titles, whilst making it seven for Players Championship Finals after beating Rob Cross 11-6 in the Final last month. Van Gerwen was forced to withdraw from the last World Championship due to a positive Covid test but will be raring to go on his return to the Palace.

The World Number 3 will meet the winner of Niels Zonneveld and Welsh youngster Lewy Williams who meet in the First Round, with the former three-time World Champion not starting his campaign until a week after action gets underway. 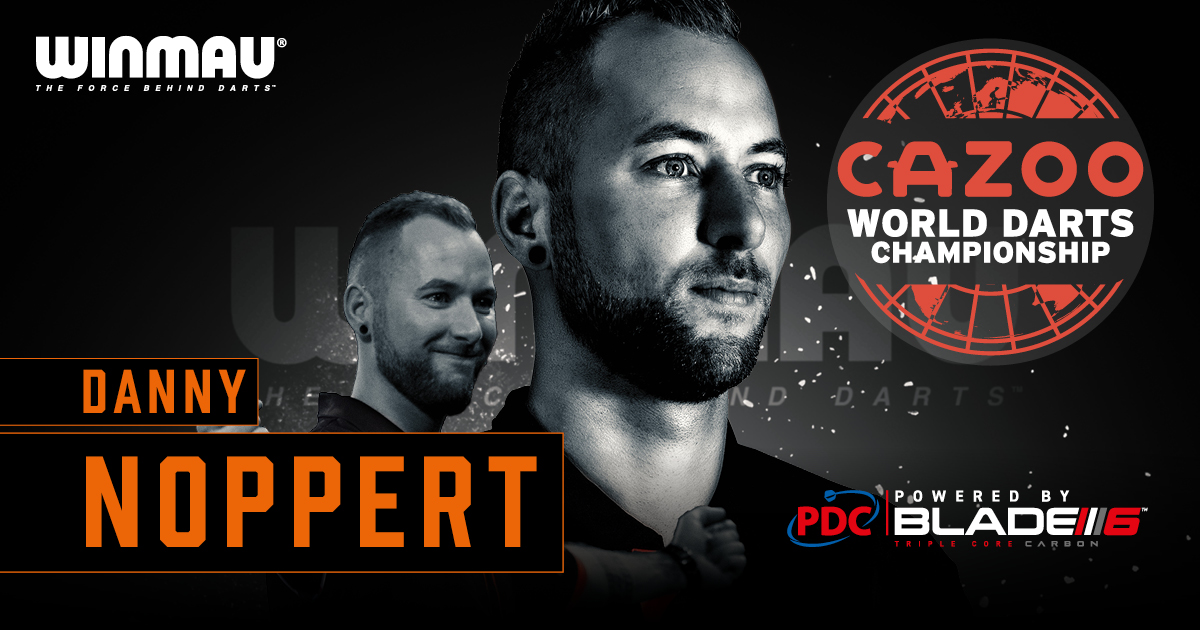 Danny Noppert has enjoyed what has been the best year of his darting career in the Professional Darts Corporation thus far. The Freeze became a TV major title winner back in March after beating Michael Smith 11-10 in the Final of the UK Open, having beat World Cup of Darts winner Damon Heta and compatriot Dirk van Duijvenbode in the earlier rounds.

The Dutchman qualifies for the Alexandra Palace as the ninth seed having secured a strong year on the Pro Tour, winning Event 19 against Andrew Gilding whilst also going deep into the World Matchplay having reached the Last 4 in Blackpool.

The Vlijmen thrower will face either Ritchie Edhouse who appeared at the recent Grand Slam of Darts, or World Senior Darts Masters champion David Cameron who beat the legendary Phil Taylor 6-3 at Lakeside to win. 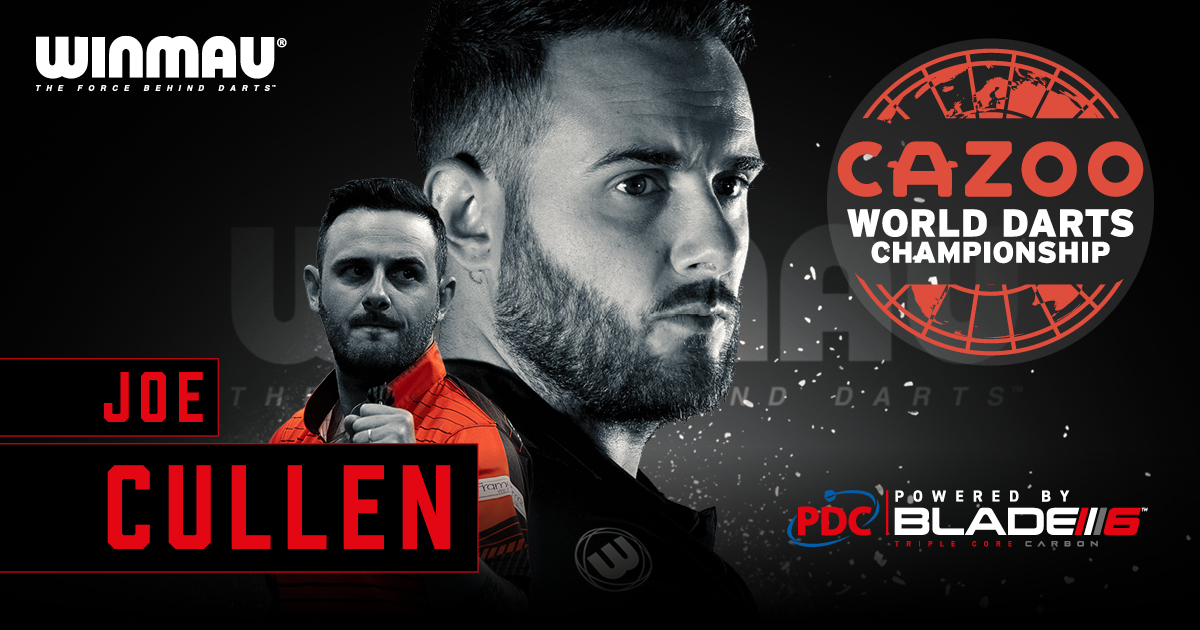 Joe Cullen also claimed his first televised title back at the start of the year, which inevitably saw him book his debut in the Premier League after beating Dave Chisnall in the Final of the Masters.

The Rockstar went on to finish in the top four in the Premier League after beating Peter Wright in a winner takes all match on Night 16 in Newcastle. The Englishman lost in the Final to fellow Winmau man Michael van Gerwen, missing a dart for the match in a last leg decider defeat (11-10)

Cullen will have gained much confidence from the year, securing another title on the Euro Tour having won the Hungarian Darts Trophy beating Willie O’Connor in the Final. The Bradford man comes into the capital as the number thirteen seed and will face either Ricky Evans or Queen of the Palace Fallon Sherrock in the Second Round. 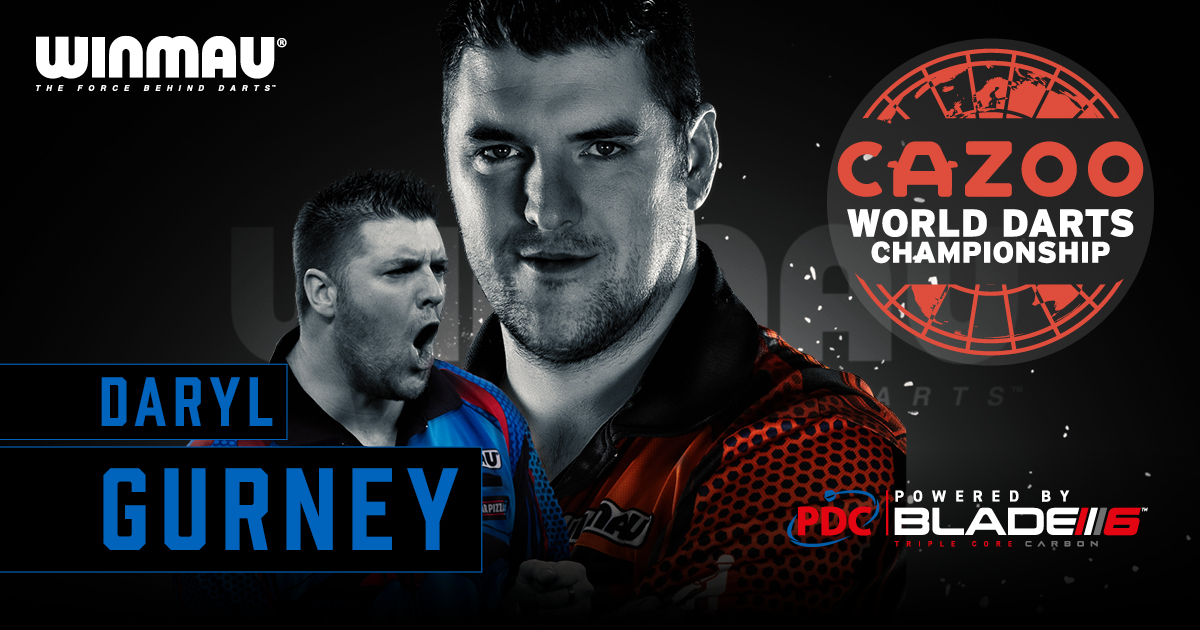 Superchin included one of the moments of this year’s World Matchplay, hitting a blind 180 in his 10-7 victory over back-to-back World Champion Gary Anderson. The Winmau man will face either Australian Mal Cuming or part time firefighter Alan Soutar who beat Jonny Clayton at the recent Grand Slam of Darts. 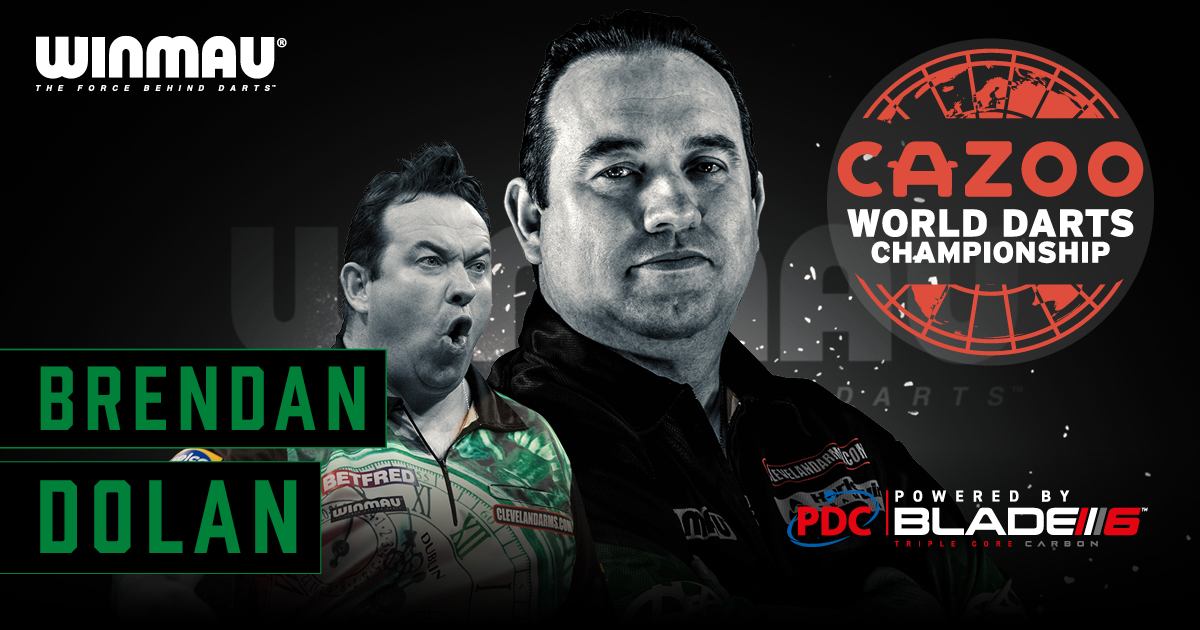 Compatriot Brendan Dolan also qualifies in the top 32 for the Ally Pally, including a victory over Jonny Clayton in the Final of Players Championship 21.

The History Maker reached the Quarter Finals of the 2019 competition, losing to Nathan Aspinall 5-1 having beat the likes of Joe Cullen and Benito van de Pas in the earlier rounds. Dolan will face either Jamie Hughes or Jimmy Hendriks in the Second Round, with a potential clash with former Premier League champion Jonny Clayton in the Third Round. 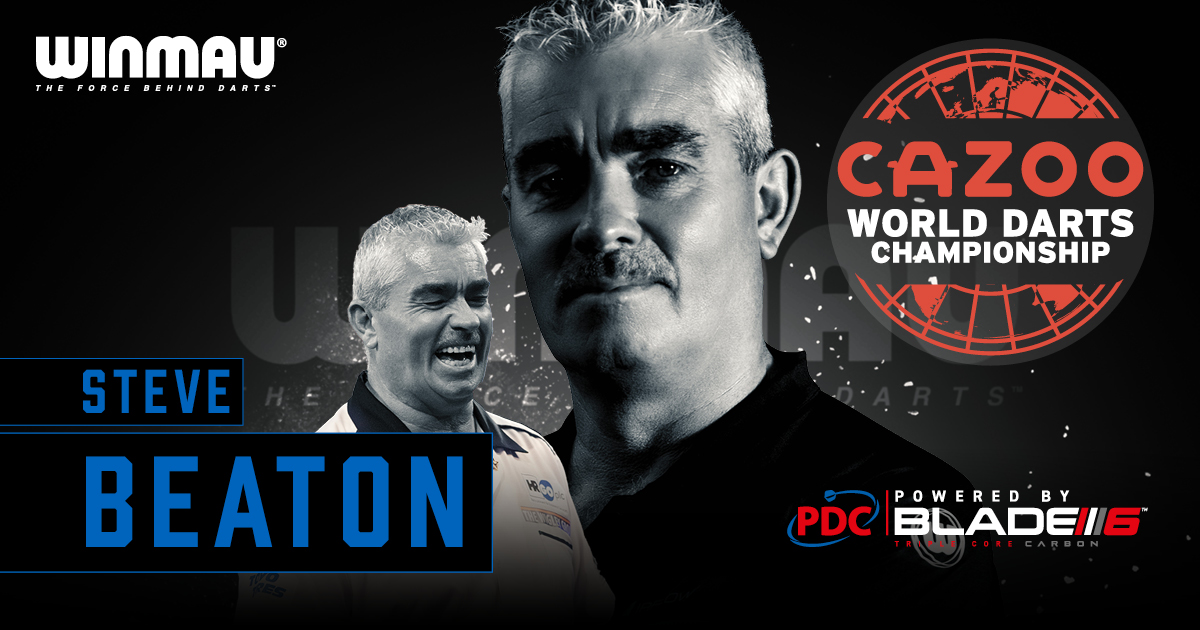 The Ferret however could face former World Champion Steve Beaton in the Second Round should he beat Danny van Trijp in the First Round. The Bronzed Adonis has appeared at every World Championship since 1992 with his maiden PDC World Championship appearance coming ten years later at the Circus Tavern.

The 58-year-old has reached the Last 16 on three occasions with just one at the Alexandra Palace, losing 4-2 to Lithuanian star Darius Labanauskas in 2020. Beaton also beat Fallon Sherrock in last year’s competition, winning a last set decider before losing in the Second Round to Kim Huybrechts. 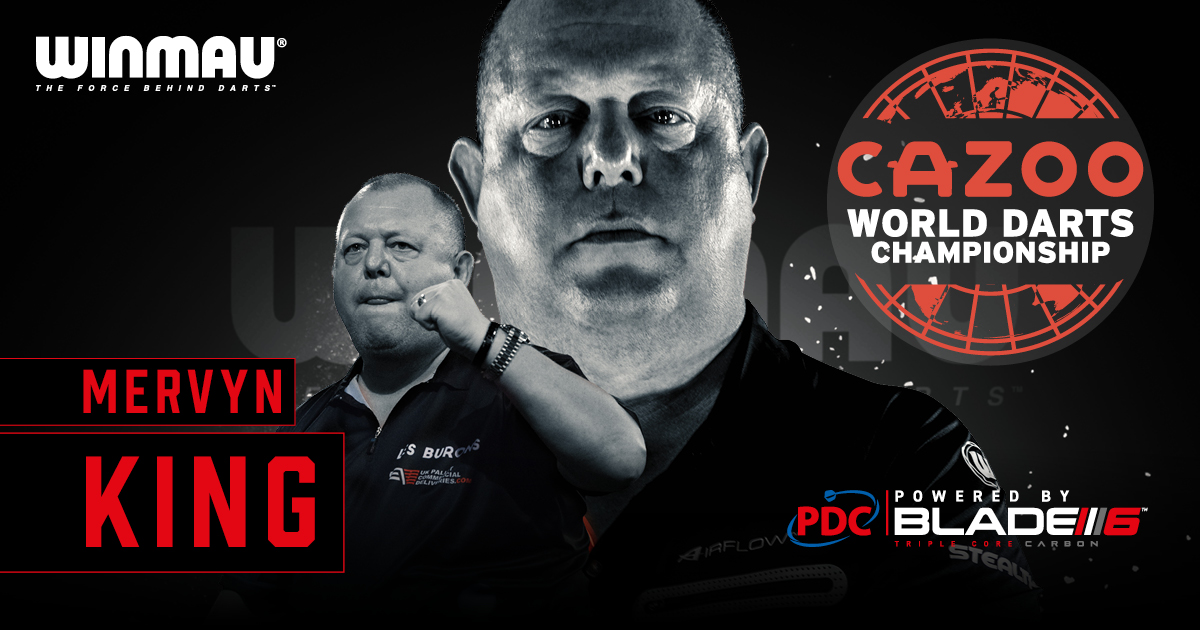 Mervyn King has appeared at every World Championship since 1997 losing in the Final twice in 2002 and 2004 in the BDO, whilst going onto the Semi Finals in the 2009 PDC Worlds losing to eventual winner Phil Taylor at Ally Pally.

The Winmau man lost in the Quarter Finals twelve months ago, having been beaten 5-0 by James Wade on New Year’s Day. The King qualifies as the 27th Seed this year but could face a difficult Second Round test, facing the winner of Canadian Matt Campbell and American World Cup of Darts star Danny Baggish. 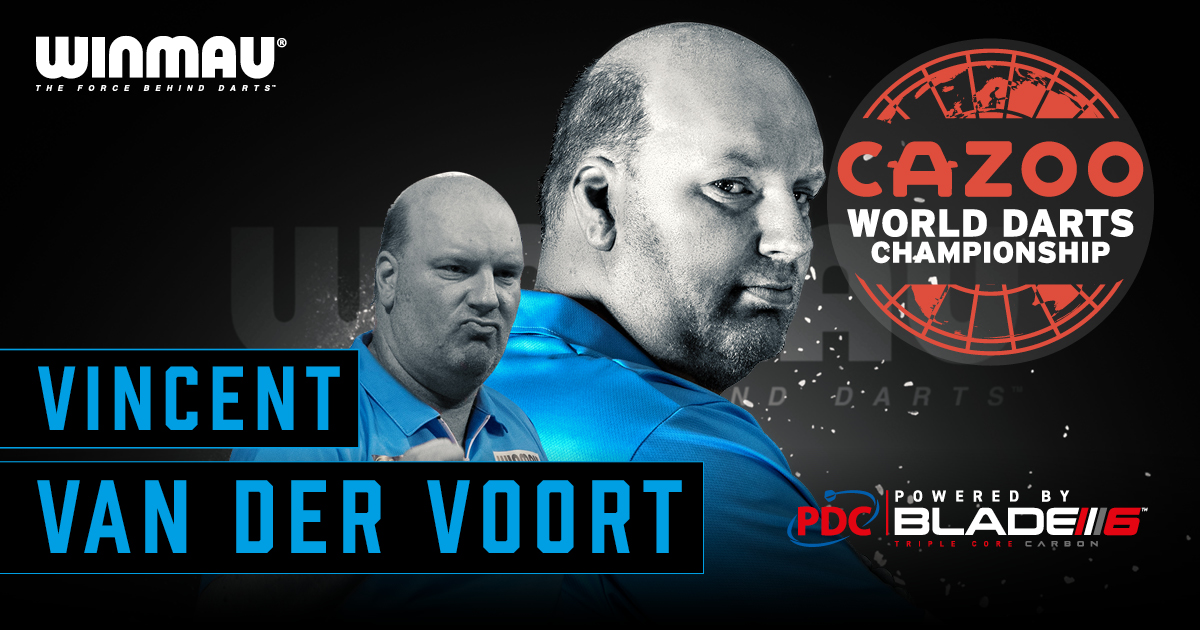 Vincent van der Voort suffered the same fate as Michael van Gerwen twelve months ago, having beat Adam Hunt in his First-Round match before Christmas, he was forced to withdraw from his Second-Round match with James Wade after contracting coronavirus over the festive period.

The Dutch Destroyer has reached the Quarter Finals on two occasions in North London back in 2011 and 2015, losing to eventual winner Adrian Lewis having knocked out 2010 Runner Up Simon Whitlock in the previous round. The Dutchman will face either Cameron Menzies or Diogo Portela in the First Round after qualifying for the World’s as the 28th Seed. 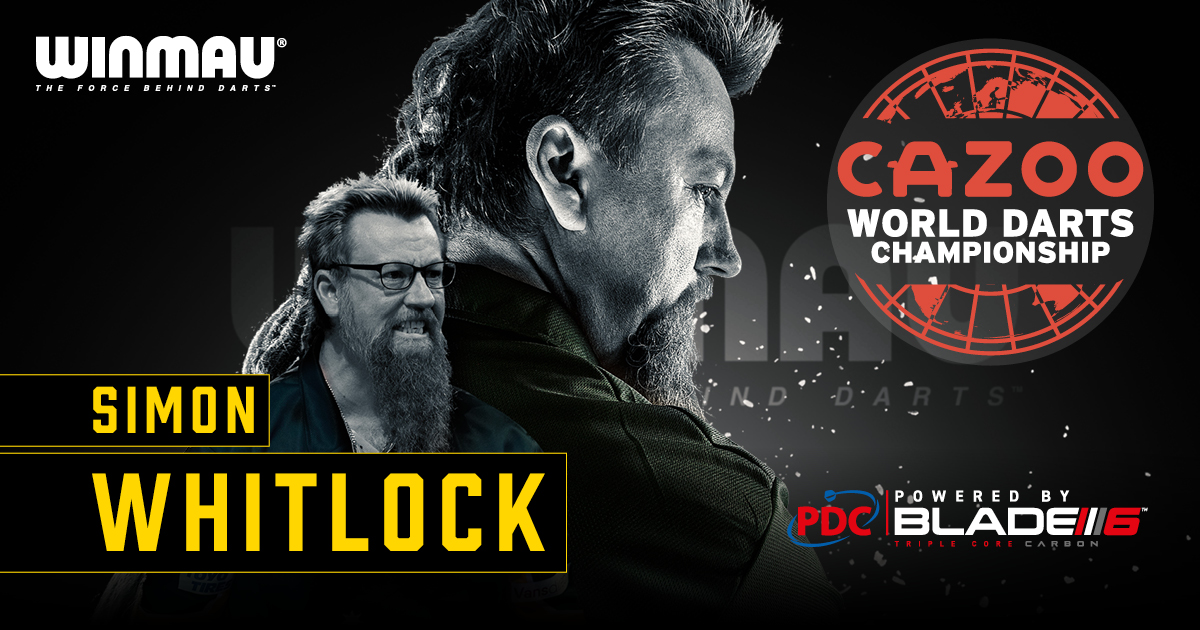 Simon Whitlock will face a rematch with Christian Perez in the First Round after the pair met in the group stages of the Grand Slam of Darts. The Wizard won his first World Cup of Darts having beat Wales in the Final with compatriot Damon Heta, nearly landing the first doubles nine darter in their opening round match.

The Australian could face 17th Seed Jose de Sousa in the Second Round should he beat his Philippian opponent, and from the way the former Grand Slam winner’s year has gone, Whitlock would surely fancy his chances. 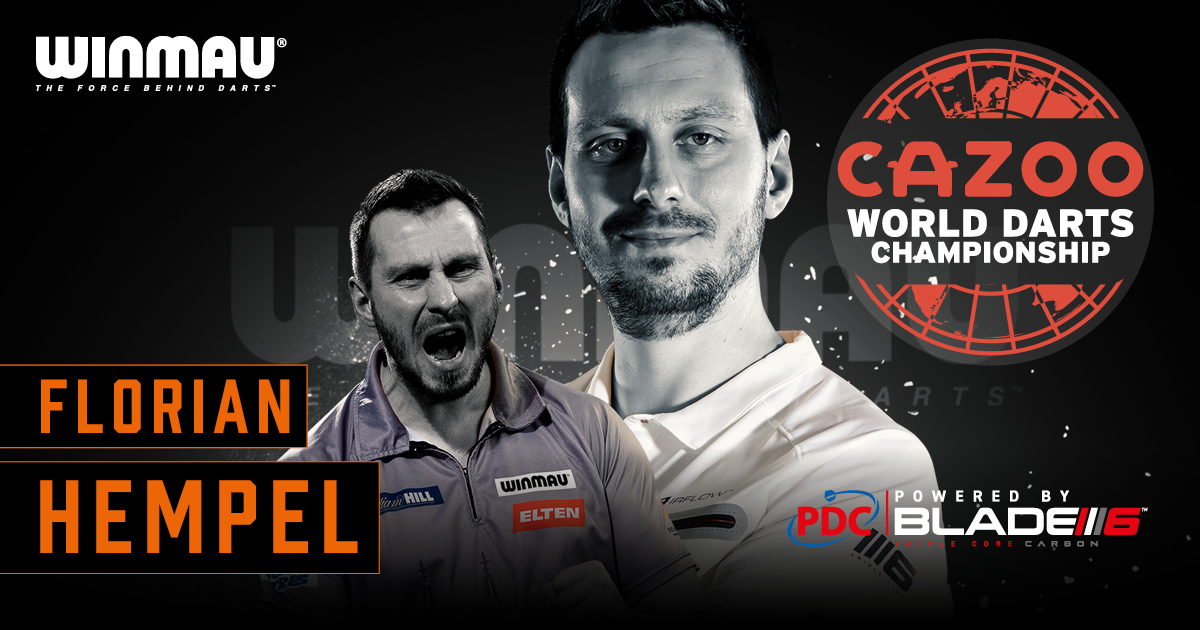 Florian Hempel will go into his first PDC competition having recently signed for Winmau on the back of making his second appearance on the World stage. The German darting star caused a major upset at the Ally Pally twelve months ago, knocking Dimitri van den Bergh out in the Second Round with a 3-1 victory in sets.

The 32-year-old won the European Super League after beating compatriot Nico Springer in the Final to qualify for the World’s. Hempel could face 5th Seed Luke Humphries in the Second Round should he beat Players Championship 23 winner Keegan Brown in his opening match. 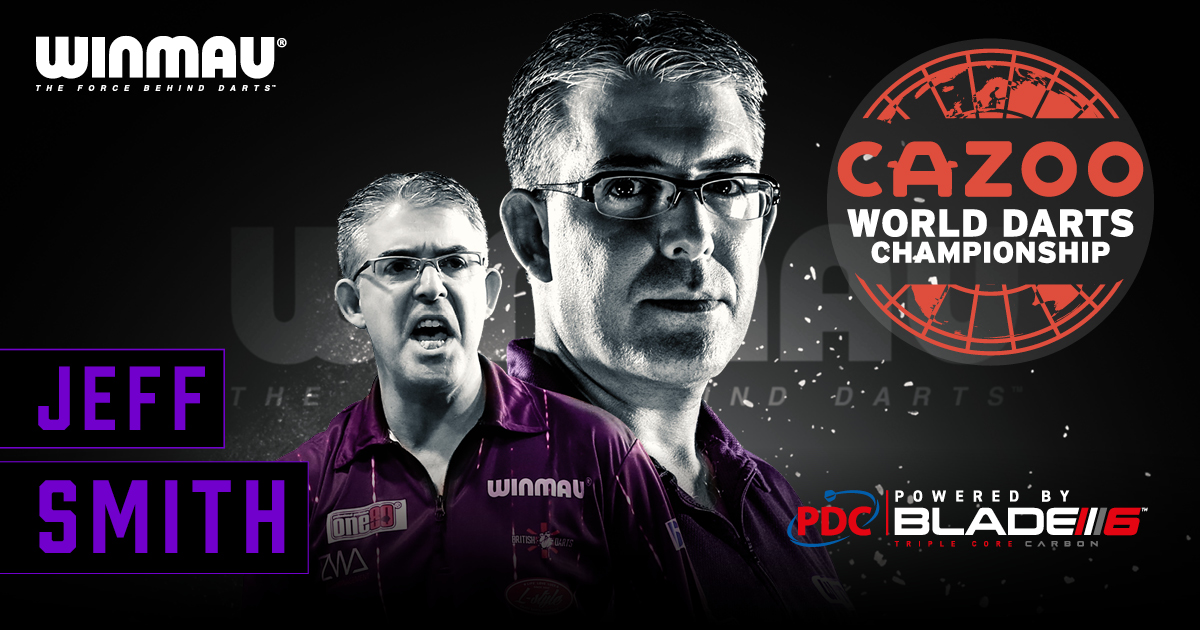 Jeff Smith comes into his fifth World Championship campaign at the Alexandra Palace, having come through the Tour Card qualifier just before the tournament draw was made. The Silencer beat Nick Fullwell 7-1 at the Barnsley Metrodome to return to North London once more, having finished as the Runner Up in the 2016 World Championship.

The Canadian will face Belgian star Mike de Decker in the First Round, with tournament 30th Seed and former Champions League of Darts winner Mensur Suljovic awaiting the winner in Round 2.

The Cazoo World Darts Championship kicks off on the 15th of December live on Sky Sports with defending champion Peter Wright headlining the opening night of tungsten drama.