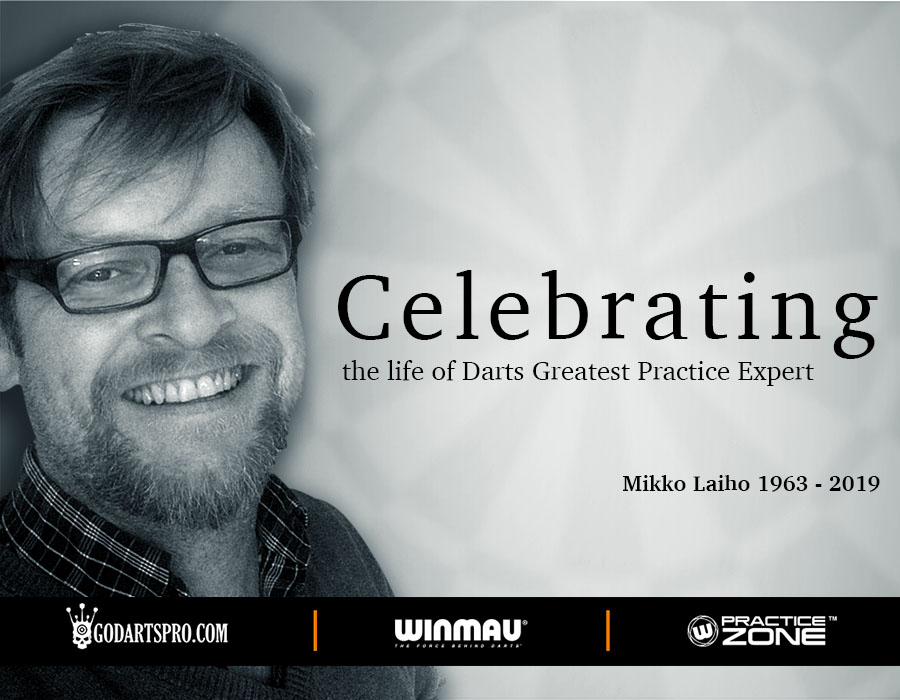 Mikko Laiho was undoubtedly the World’s greatest darts practice expert, dedicating over three decades to the development of the sport for players of every single level.

Mikko first fell in love with the game in his native country of Finland where he went on to represent both country as a player and coach to its top-level players.

Mikko's obsession with darts practice culminated in his writing two practice books that still to this day offer the most cutting-edge and research-based methods to improve your game in the most efficient way.

Following a successful playing and coaching career, Mikko realised that two books written in his native tongue of Finnish were never going to change the World of darts and how people practice.

In 2013 on Mikko's first visit to Winmau, his passion and excitement for Darts practice lead the senior team to invest rapidly in the Winmau Practice Zone to share Mikko's huge ambition to help every dart player improve.

During that first visit Mikko said "Nearly every dart player in the World has no idea just how much better they can be, they simply waste so much time in practicing and playing the game in the wrong way. Following a very simple process that has been built up advising thousands of players this undoubtably works for every single player of any level".

It was this belief that kept Mikko pushing forward into the digital age where he partnered with the talented code team at GoDartsPro.com and a new partnership with founder Anders Ostman.

Mikko and Anders set about bringing Mikko's unrivalled passion and knowledge to the darts world through Anders high-tech approach to modern business, rapidly seeing the platform explode with players and fans alike.

However, tragedy was to strike just as Mikko had found his perfect business partner when he suffered a fatal stroke at the age of just 54.

Anders Ostman said "When Mikko's friend and work colleague phoned me to say that he had passed away I was in utter disbelief and still struggle to come to terms with Mikko's passing, his energy and knowledge around darts practice will never be surpassed in my opinion and it is this ground-breaking knowledge that we will continue to publish so that we can help every dart player on the planet just as Mikko had intended".

Mikko appeared in several videos while in workshops at Winmau, also designing over 25 videos for the Practice Zone and empowering several key professional players like Simon Whitlock and Jamie Lewis.

We will all miss Mikko's outrageous eccentricity but most of all his drive to simply help every single dart player improve.