CULLENS CRUISES THROUGH TO THE LAST 16 - GRAND SLAM 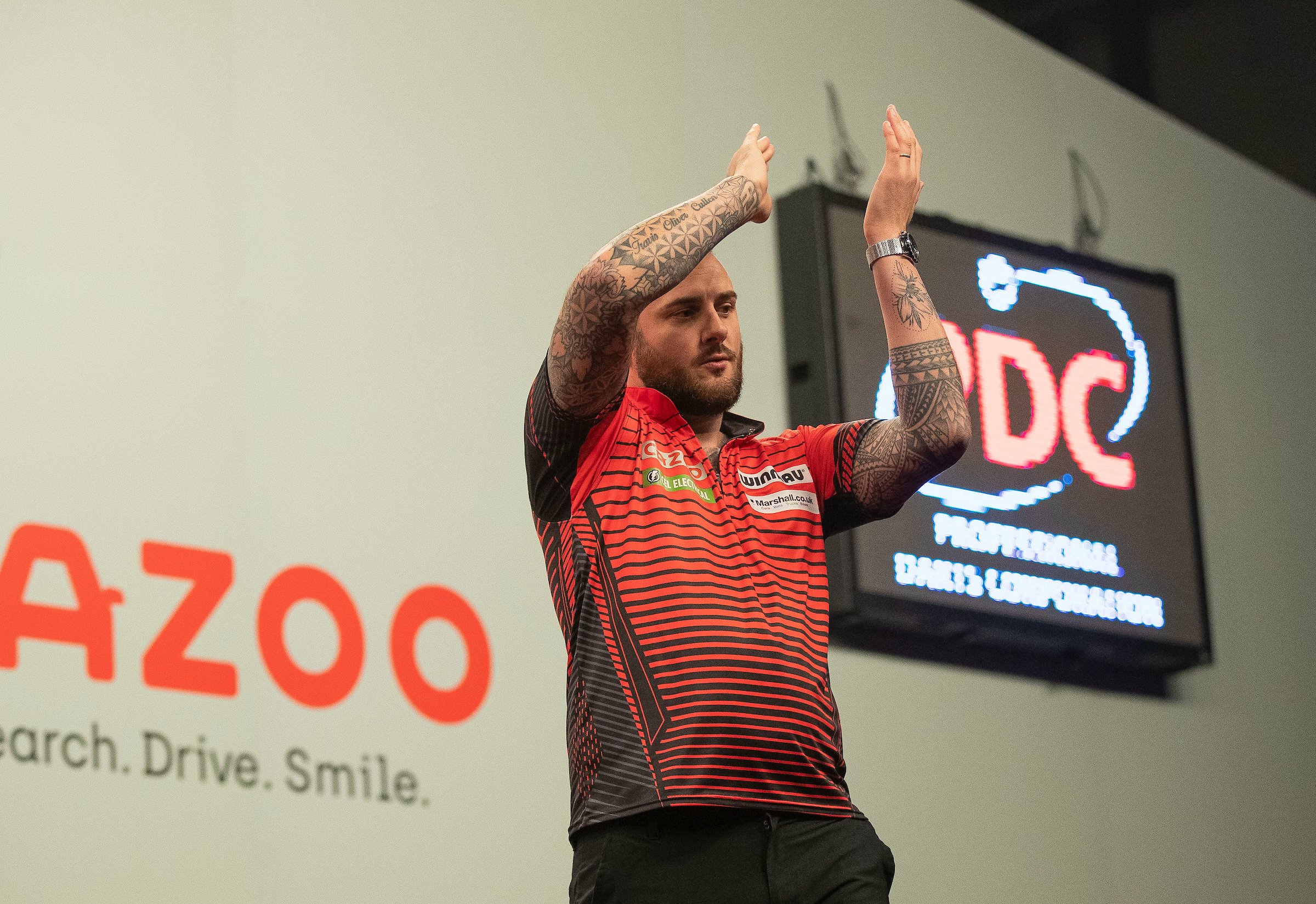 CULLENS CRUISES THROUGH TO THE LAST 16 - GRAND SLAM

Joe Cullen reached the Quarter Finals at the 2022 Grand Slam of Darts after beating Dirk van Duijvenbode 10-4 at Aldersley Leisure Village. World Number 1 Gerwyn Price staged a sensational comeback versus Danny Noppert including a 164 finish in winning 10-8 against the Freeze.

The Rockstar came out the gates flying in front of the Wolverhampton crowd having come through Group C, finishing above both Ritchie Edhouse and Lisa Ashton to come second behind tournament number 4 Michael Smith who failed to lose a group match.

The Winmau man broke in the very first leg to lead 1-0 and broke again to put daylight between himself and the Titan, taking a 4-1 lead into the first interval.

The Aubergenius enjoyed a strong spell in the group stages, coming through as the group winner in Group D ahead of tournament number 5 Rob Cross, who lost to DvD in Sunday’s afternoon session.

However, the Dutchman saw a repeat of the first session after the break with the recent Premier League finalist finding two ton plus checkouts of 104 and 129 to break the Titan twice, before holding on double nine to go within two legs of the Last 8 at 8-2 into the second break.

The Englishman reached his first Grand Slam Quarter Final in the fourteenth leg, ending a spell for van Duijvenbode that saw him win the last two legs keeping himself just alive. Cullen found double seven with his last dart to secure victory on the oche and sets up a clash with Michael Smith on Friday night.

Bull Boy fended off Rob Cross in the second match of the night despite Voltage fighting back to put the match back on throw in the sixteenth leg. The tournament number 4 saw the former World Champion break his throw consecutively to level up at 8-8, but an instant break back on 88 gave Smith the darts for the match.

World Number 1 Gerwyn Price came from 7-4 down to beat Danny Noppert 10-8 in the penultimate tungsten tussle of the night. The Iceman claimed four consecutive legs at the end of the game, including two treble nineteens and the bullseye to level the game at 8-8 and breaking the reigning UK Open champion’s throw.

The Red Dragon man averaged 100.10 over the eighteen legs played and sealed his victory with a 56 checkout to break the Dutchman’s throw again as Price sealed a spot in the Quarter Finals where he will face a rematch with Raymond van Barneveld, having lost a last leg decider to the five-time World Champion on Sunday afternoon.

Barney battled from behind in the opening match of the night, coming from 5-2 down to beat Simon Whitlock 10-8 in Wolverhampton. The 2012 Grand Slam champion keeps up his 100% record having won all three of his group games against Price, Dave Chisnall and Ted Evetts.