Darts Events Are Back! 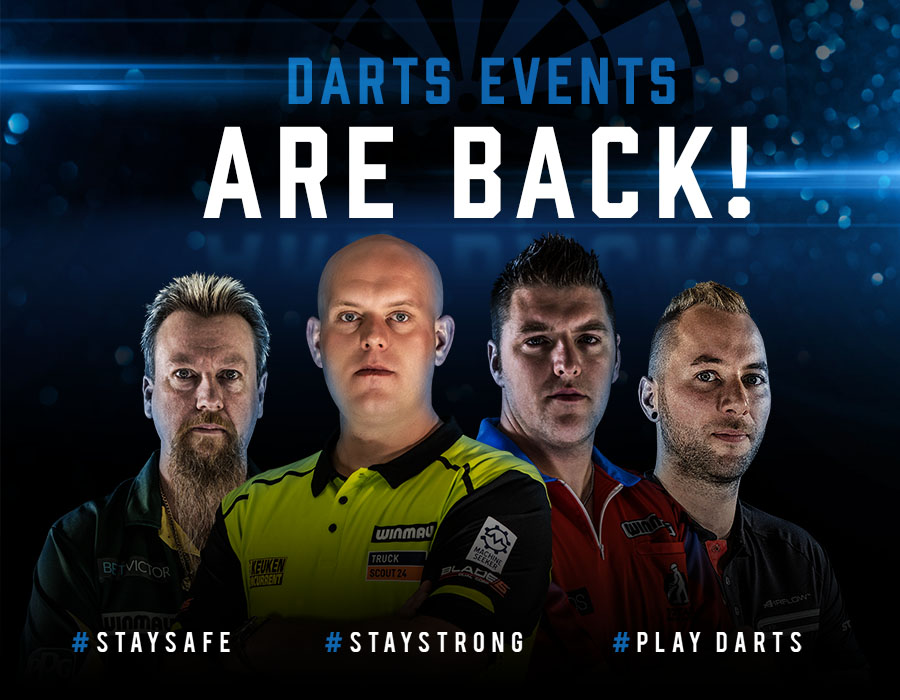 Darts Events Are Back!

The PDC's Summer Series is set to start this week where we will see five Players Championship events held from July 8-12, as full ranked events from the Marshall Arena in Milton Keynes, broadcast live on PDCTV.

Under normal circumstances, this series of events would not have taken place and the Matchplay list would be completed and updated by now, but that’s not the case, so these 5 days hold huge potential for drama, upsets and new names to make the World Matchplay.

In addition, the PDC has announced that the winner of the 2020 PDC Summer Series Order of Merit will receive a place in this year’s Grand Slam of Darts.

Currently based on the Top 16 criteria World number 1 Michael van Gerwen takes the top seed with Daryl Gurney and Simon Whitlock both set to enter the tournament seeded.

From the Top 16 one year rolling Order of Merit, Brendan Dolan’s double Players Championship wins see him qualify for the first time since 2016, whilst Danny Noppert and Steve Beaton also find themselves in a qualification spot.

Mervyn King has appeared in the last 13 World Matchplay tournaments and will be looking to have a big Summer Series to ensure he doesn’t miss out.

With the current cut-off for qualification set at £18,750, a strong performance across the 5 days could rocket a player into a World Matchplay spot. William O’Connor is close in the hunt for his World Matchplay debut and a ranking win in Milton Keynes could give him a shot in the arm.