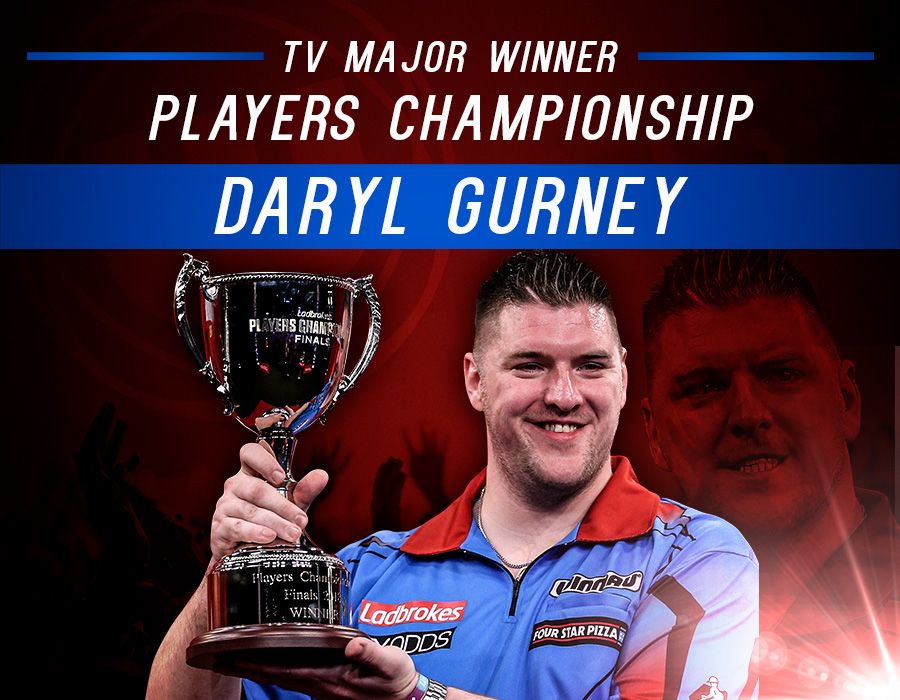 Gurney hit a spectacular 85 finish on the bullseye to win, which sparked huge celebrations from the Northern Irishman, winning his second PDC Major crown.

The contest between Superchin and the World Number one was tight throughout, with the first break of throw coming in leg 13 in favour of MvG. Gurney showed great mettle and composure to break straight back and the pair saw themselves level at 9-9.

Gurney pinned double 16 to hold throw and put himself within a leg of the title before the bullseye finish sealed the win.

Earlier in the day Gurney had defeated Chris Dobey 10-2 and Danny Noppert 11-3 in convincing fashion to book his place in the final. MvG himself put Steve Lennon to the sword with a 10-3 win before edging a superb encounter with Gary Anderson 11-9.

Focus now turns to the William Hill World Darts Championship that begins ons 13th December at the iconic Alexandra Palace. The final three places will be confirmed at the PDC Tour Card Holders’ Qualifier in Milton Keynes today. Once these have been completed, the draw for the World Darts Championship will be made at approximate 5pm - Live on Sky Sports News.