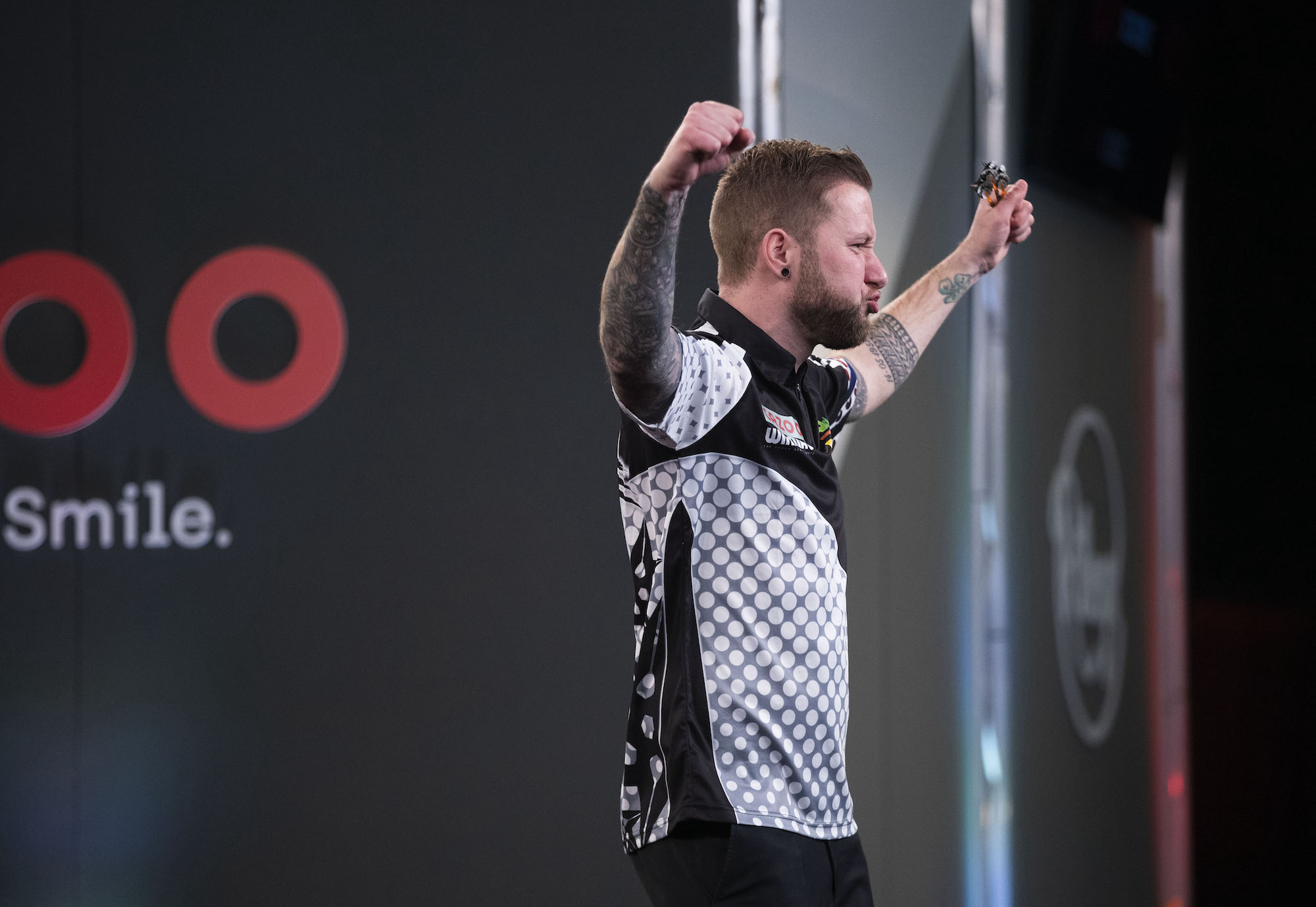 A spirited comeback from UK Open champion, Danny Noppert saw him win his very first Players Championship title of the year, coming from 6-3 down to beat Andrew Gilding 8-6 in the Final at the Barnsley Metro dome. ‘The Freeze’ averaged 96.86 in the Final and takes home the £12,000 winners prize after finding double 16, with his last dart to condemn Goldfinger to a second Final defeat this year.

The Winmau man included his only ton plus average in the opening match of the day, beating Gordon Mathers 6-0 with a score of 102.48. The second highest ranked Dutch player in world darts showed the ability that Peter Wright and Michael van Gerwen have in their games, and that is winning consecutive legs with Noppert finding five to beat a man who averaged 118 yesterday.

Gilding despite defeat, will have certainly done his World Matchplay ambitions the world of good after reaching the Quarter Finals yesterday and the Final today. The man from Ipswich found a 109.48 average in swiping aside Martin Lukeman in the Last 16, as Smash also looks to try and confirm his spot at Blackpool.

But the day belongs to the UK Open champion who beat the likes of James Wade 6-3 in the Third Round and recent European Matchplay champion Luke Humphries 7-3 in the Semi Final, despite the tournament number 1 averaging more in the tungsten tussle.

Scott Waites has enjoyed a strong last couple of days including a victory over former World Champion Rob Cross in the first round yesterday. Scotty 2 Hotty reached the Last 16 on Saturday and took out the Belgian World Cup pair, with a victory over Kim Huybrechts in the Second Round before beating Dimitri van den Bergh in a last leg decider and an average of 95.96. The former Lakeside World Champion was beat in the Last 16 6-2 by Heavy Metal Ryan Searle but can be happy with his run today.

Rowby-John Rodriguez enjoyed another strong run in the Pro Tour and his Quarter Final appearance today has now put him in the 16th and Final spot on the Pro Tour Order of Merit, after a disappointing outing today for Ross Smith in Barnsley.

Little John took out World Number 16 Krzysztof Ratajski 6-1 in the Last 16 with an average of 97.05 before falling to a 6-1 defeat at the hands of eventual winner Noppert.

Despite losing in the Semi Finals today, Luke Humphries again showed that its going to take something special to deny him success in the upcoming World Matchplay. The Red Dragon star found averages off 99.15 in winning against Dave Chisnall 6-5 in the Last 16 before beating Jamie Hughes 6-3 with his first ton plus score of the day. (104.78)

With just two Pro Tours now left to play before the line-up for the World Matchplay is confirmed, the likes of Ross Smith, Ricky Evans, Simon Whitlock, Keane Barry, and Vincent van der Voort need to start going deep into the remaining tournaments starting with Players Championship 20 live on PDC TV tomorrow as the race for ranking money enters its penultimate day.