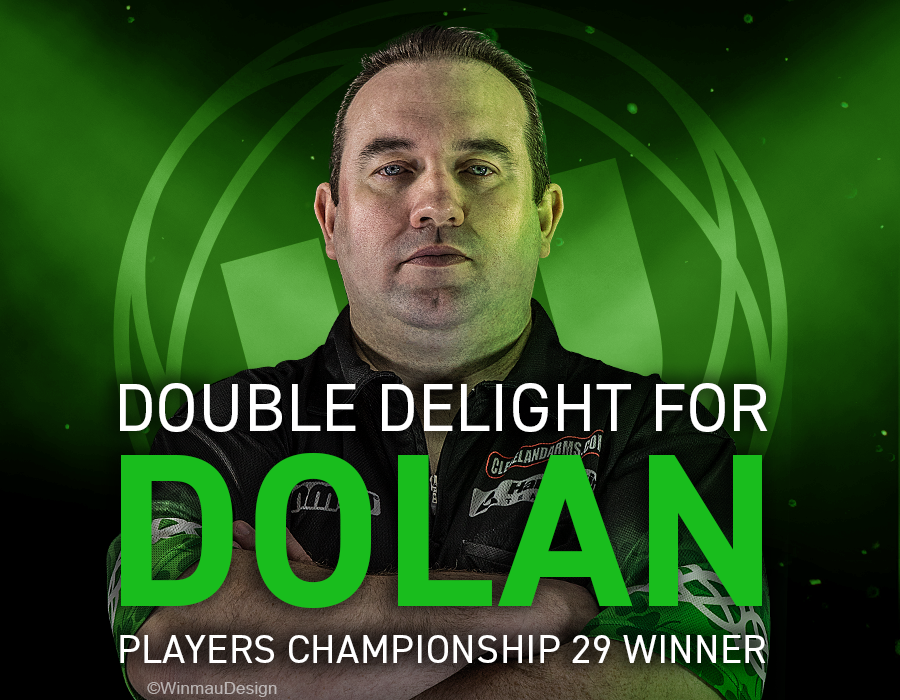 The History Maker, Brendan Dolan, doubled his tally of PDC ranking titles for 2019 with a 8-6 win over Ian White at Players Championship 29 yesterday.

Dolan has seen a huge resurgence in form over the last few months, after previously going 5 years without a PDC ranking title. In August, Brendan took the Players Championship 22 title with a 8-5 win over Jermaine Wattimena - a clearly emotional moment for the Northern Irishman.

In the final, both men exchange legs before a 3-2, Dolan burst into a flow to reel off four legs on the spin to lead 7-3. White was unable to mount a strong enough comeback despite bouncing back with three legs of his own before Brendan closed out the 8-6 win.

The day will also be remember for Peter Wright hitting a new highest record average in a broadcast PDC match as he smashed in a 123.5 average against Krzysztof Ratajski in the quarter-finals in a 6-0 whitewash.

You can check out the specs for Brendan’s tour-tested arrows by clicking the image below.