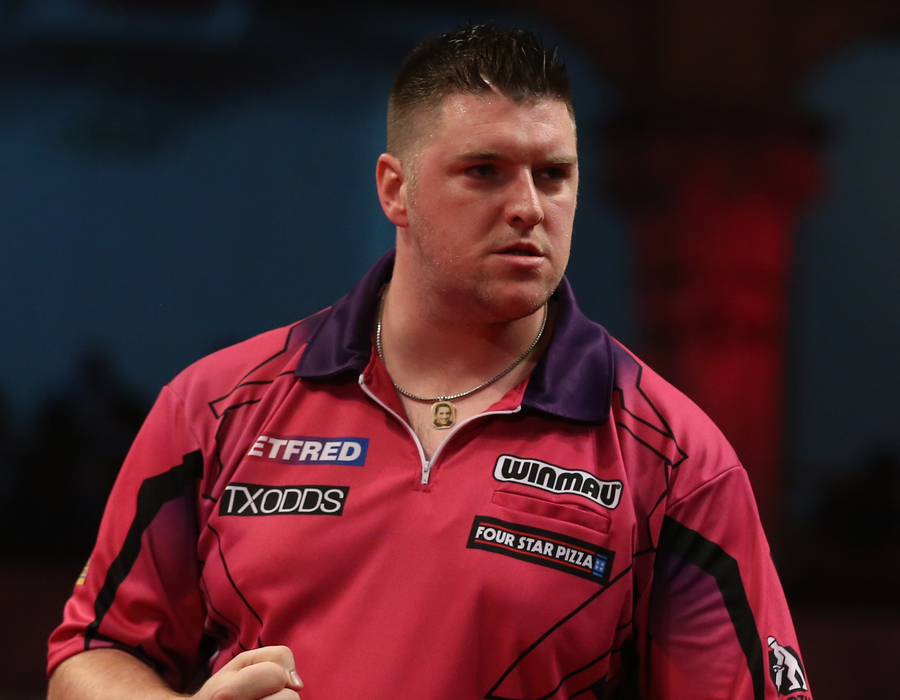 Daryl Gurney smashed in a 101.86 average to overcome the in-form Peter Wright 16-13 last night, in one of the match of the tournament so far.

Superchin was required to be at his best as he took on Snakebite, who himself was on a 20 game win streak.

Both men came flying out the blocks, Wright hitting a 120 shanghai finish to level at 5-5 on his way to posting a 104.57 average. Both men traded huge blows as the contest was neck and neck until 13-13 where Gurney took three legs on the spin in a burst to claim the win.

That win sets up a semi-final clash tonight with Rob Cross at the Winter Gardens, after Voltage defeated Stephen Bunting in a tight match.

Cross pounded in 13 maximums in a marathon clash that saw the men level at 14-14, before Cross should an extra bit of quality to defeat Bunting.

The action continues at 7.30pm BST where Glen Durrant faces Michael Smith in the other semi-final before Gurney faces Cross.