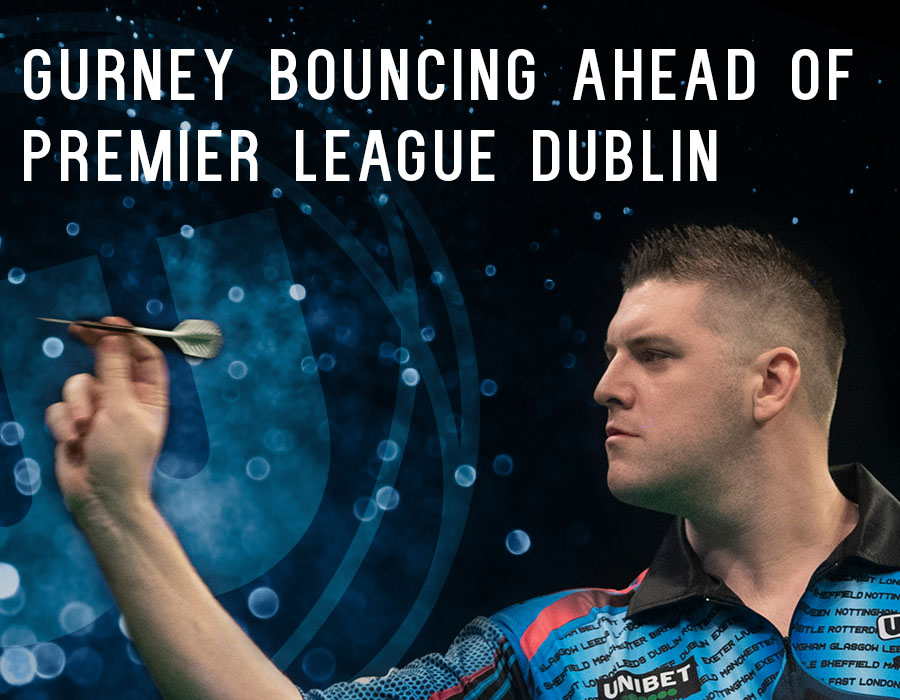 Daryl Gurney is bouncing ahead of his match at the Premier League Dublin in front of a home crowd and one of the wildest atmospheres of the entire Premeir League tour.

Superchin came back to decent form last week in Cardiff against Gezzy Price, with a 6-6 draw in a match that he could have won, which left Daryl a lot happier with his performance.

Daryl said “The last couple of weeks have been difficult for me as I haven’t been performing at my best, I realised that some of my approach to the game needed to be changed in terms of my practice.

“Not necessarily the amount of practice but the focus on my technique and routines, as it’s one thing feeling confident in practice and hitting lots of 180s and doubles, but unless that practice is under pressure then it’s not as effective.”

Daryl reached the quarter-finals of Sunday’s Players Championship 6 but knows that he has so much more to bring and can produce better results.

Daryl faces a red-hot Michael Smith who is on fire in the Premier League, but Superchin has been in a buoyant mood ahead of the trip to Ireland.

“Dublin’s fantastic and undoubtedly one of the best venues to play darts in with such a great atmosphere and they all seem to love my walk-on! The noise you get and the venue itself is perfect for darts.

“I know I’ve got a tough game coming up against Michael but I’ve got the belief and ability to know if I go up there and play my game, then I’ll get a result”

Night Four will be broadcast live on Sky Sports in the UK, on PDCTV for Rest of the World Subscribers and through the PDC's worldwide broadcast partners including DAZN and RTL7.