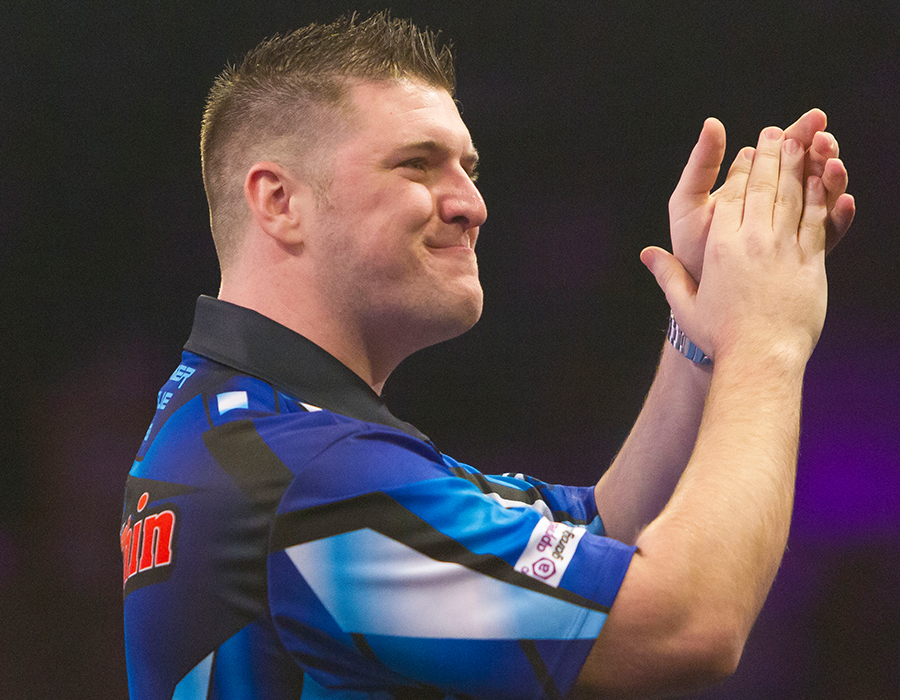 Superchin claimed his second win of the 2019 Unibet Premier League with a tight 7-5 win over Michael Smith last night at 3 Arena, Dublin.

After an early set back, Gurney rattled off 4 legs in a row to move 4-2 up before Smith broke back to lead 5-4. The Northern Irishman saved his best till last as he won the final 3 legs without giving Smith a chance at a double.

Michael van Gerwen came within an inch of a whitewash of World no.2 Rob Cross, eventually defeating the Englishman 7-2. MvG rocketed into a 6-0 lead and missed two darts at double for to record just the 10th whitewash in Premier League history.

Elsewhere, Gerwyn Price and James Wade shared the points in an exhilarating 6-6 opening draw, followed by Peter Wright defeating local contender Steve Lennon 7-5. The final match of the night saw Raymond van Barneveld comeback from 5-1 down to steal a draw against Mensur Suljovic.