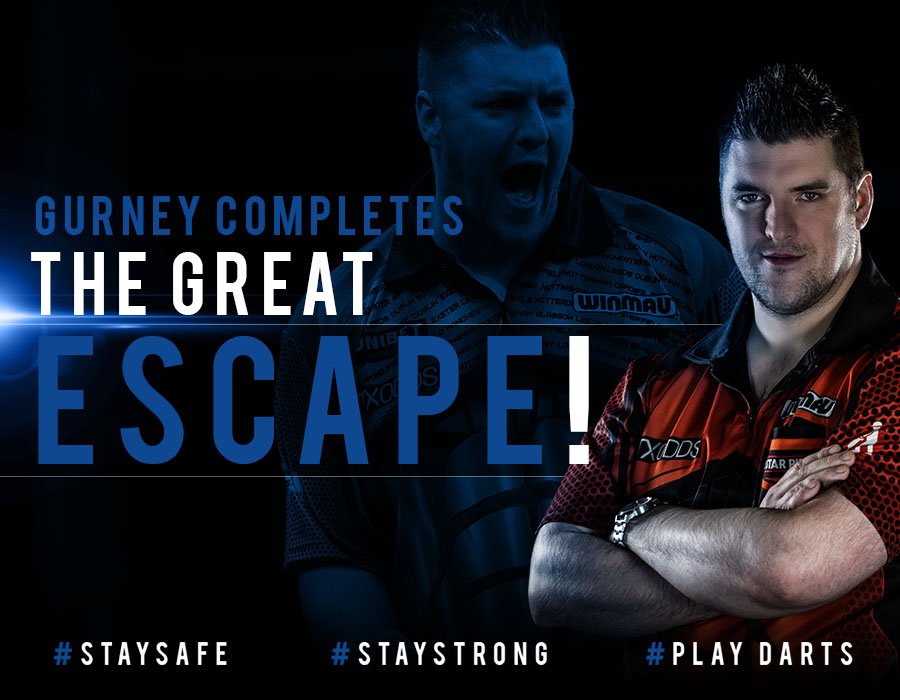 Coming into the return of the Premier League, Daryl found himself rooted to the bottom of the table with just 2 points – but back-to-back wins over Chris Dobey and Nathan Aspinall proved vital in propelling him out of the elimination zone, with safety confirmed on Judgement Night.

Daryl said "I thought that if I could come here and win five or six points, I could give myself an opportunity, and I won two games. I had thrown my darts in the bin so I've had to get them back now!"

“I needed a bit of luck in other games, but I wasn’t focused on that at the start of the week, I just played my game and tried to pick up as many points as I could. Fortunately for me things went my way and I’ve snuck my way out of elimination – I’ve got nothing to lose and I’ll be giving it my best shot over the next 7 games.”

MvG still remains in the play-off spots despite a loss to Gary Anderson last night. The World no.1 goes into this weekend’s matches with ample opportunity to pick up wins over the players around him and challenge again at the top of the table.

Michael had briefly returned to the top of the table at the start of the week, but has now dropped down to fourth.

The World no.1 now faces Nathan Aspinall tonight and said “We all know that the Premier League is a cut-throat tournament and I simply haven’t performed well enough over the last two games”

“I’ve got clear points to focus on in my game and I’ll be addressing that in practice for the rest of the tournament to up my game and get back to the top of the league.”

The action will be broadcast live on Sky Sports in the UK, on PDCTV for Rest of the World Subscribers and through the PDC's worldwide broadcast partners