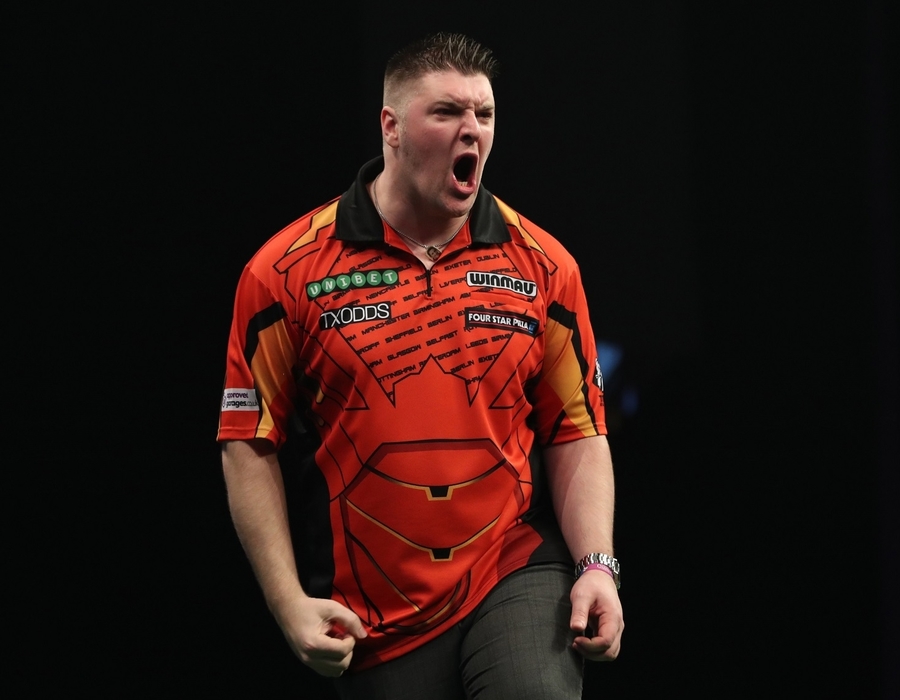 Superchin looked comfortable throughout, limiting Barney to just 6 darts at doubles and cruising to a victory that sees him sit at 5th in the Premier League table.

Michael van Gerwen moved back to the top of the league table with a strong 7-1 win over Peter Wright, whilst Rob Cross fell to a 7-5 defeat to Mensur Suljovic. Cross ran out to a 5-1 lead which looked to be keeping him at the top of the table, but the Austrian rattled off 6 consecutive legs to steal the 2 points.

Michael Smith battled to a 7-5 win over Welshman Gerwyn Price in the opening game, ensuring his safety from elimination. The Bully Boy still finds himself in 8th position despite the victory.

Attention now turns to Judgement Night tonight, with Barney’s elimination confirmed, the eight remaining players will now all concentrate on vying for a top four place.