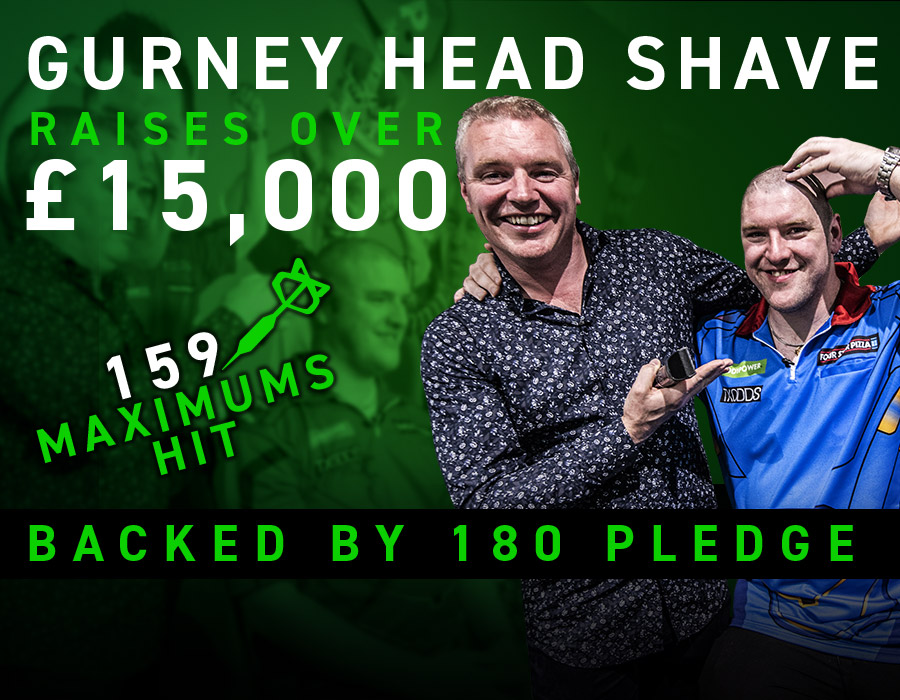 Daryl Gurney’s phenomenal head shave has currently raised over £15,000 for the Cystic Fibrosis cause, with Superchin completing the shave after defeating Rob Cross on Saturday night.

Winmau will now back their previous pledge of an additional £5,000 donation to Daryl’s cause after the 8 players at the 2019 Champions League of Darts surpassed the number of 180s registered in 2018.

The target was 140 and it was comfortably over taken with a total of 159 maximums hit over the weekend’s play - a fantastic standard of play throughout!

Daryl embarked on the fundraising event in memory of his best friend Aaron McMenamin, who passed away in 2017 - targeting a total of £10,000 of funds to reach.

"The support I've had has been incredible," said Gurney. "I feel so different without my hair and I can throw the hair gel away, but it's for a great cause.

"It would be great to reach £20,000 and I'd like to thank everyone who's donated because Cystic Fibrosis  is a cause very close to my heart. It was great to have Aaron's parents in Leicester today too, because this has meant so much to us all.

"I'll be trying to grow the hair back for the World Championship now. I've got a couple of months so hopefully I'll have it back then!"

PaddyPower, PDC Chairman Barry Hearn and fellow players including Gerwyn Price have all also donated amongst many others, and fans can still pledge via Daryl’s JustGiving page here.

From all at Winmau, congratulations on a superb fundraising campaign Daryl and good luck growing back the hair for Ally Pally!