Gurney: "Job is only half done" 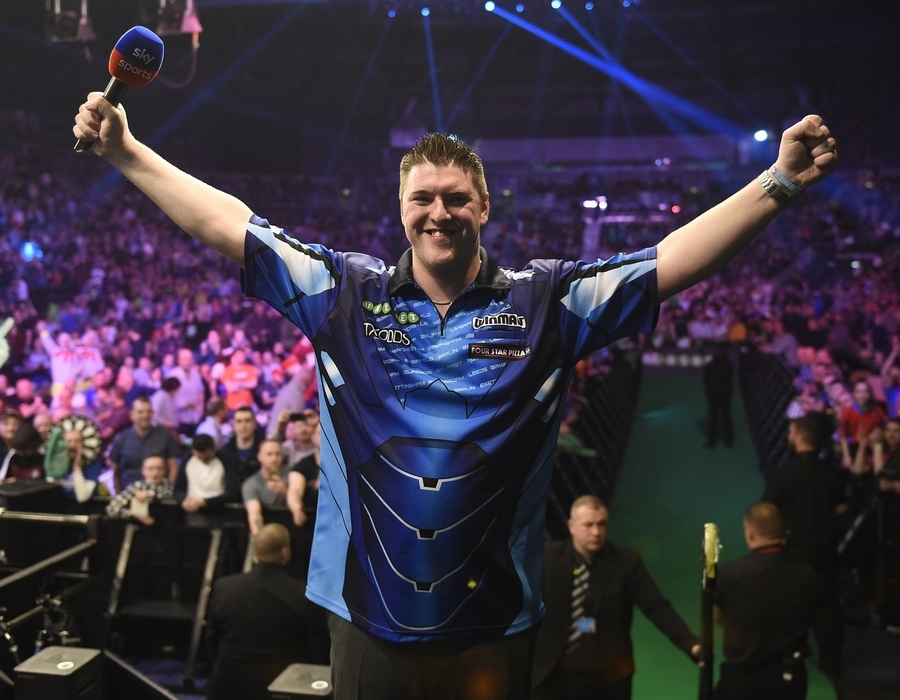 Gurney: "Job is only half done"

Daryl Gurney admitted the “job is only half done” after qualifying for the Unibet Premier League finals for the first time.

The Northern Irishman dumped Michael Smith in Leeds last night to snatch a last-gasp place at the O2 finals night.

Gurney progressed to the semis for the first time with an 8-3 win over 2018 finalist Michael Smith, pulling clear from two-all by winning six of the next seven legs.

He said: I'm delighted. I knew I had to win tonight and I was probably the most focused I've ever been. Now I'm in the Play-Offs I'll do my best to win the title.

“As far as I’m concerned the job is only half done. Now I’ve made it this far I want to win it. I know if I can find my A-game at the O2, I’ve got the game to beat anyone.

“Last year I finished fifth and now I’ve made progress. It’s a really tough league but I’m over the moon to have come this far and made the top four.

“I must admit I would have been gutted if I’d missed out in the end. But I kept my mind clear tonight and just did my job.

“Thankfully the other results went my way and that’s all I needed. Now it’s onto the O2 and we start from zero again. The preparation for next week starts right now.”

Gerwyn Price defeated Peter Wright 8-3 to end the season with victory, although he was left to rue six draws during the campaign as he missed out on the Play-Offs by a point.

Mighty Michael Van Gerwen finished top of the Unibet Premier League for the seventh year in succession and now vows to “smash them” in the O2 finals.

The dynamic Dutchman pipped Rob Cross to to spot on the final night in Leeds with a win over Mensur Suljovic.

World No.1 Van Gerwen powered past Suljovic 8-5, ending the Austrian's Play-Off hopes in the process, before Cross went down 8-6 to Wade.

Van Gerwen, who has reached the final in all six previous Premier League campaigns, said: "It's a great achievement for myself but I know I can do better than this.

"There's lots of room for improvement because I let myself down in a few games.

"But now I will focus on next week and the most important thing is to win the Play-Offs in London.

"Next week I will be sharp, my preparation will be phenomenal and I will smash them - simple as that."

Van Gerwen, who took out 126 in leg four, raced into a 5-0 lead against Suljovic - who needed to win the match in order to book his place in the Semi-Finals for the first time.

The Austrian clawed back three consecutive legs and reduced the deficit to 6-4, but the green machine claimed two of the next three legs to seal victory.

Van Gerwen now faces a semi-final tie with bogey rival Gurney - who inflicted two of his three defeats during the regular season - after the Northern Irish ace secured his first Play-Offs appearance with an 8-3 win over Michael Smith.

Cross will play James Wade in the other semi next week.

“It’s been a long 16 weeks and I’ve been happy with my firm.

“There’s been some blips along the way which I’ve got to iron out. Now it’s all on one night.

“All four players can win it. It’s now about finding that A game when you need to. I’m looking forward to it.”