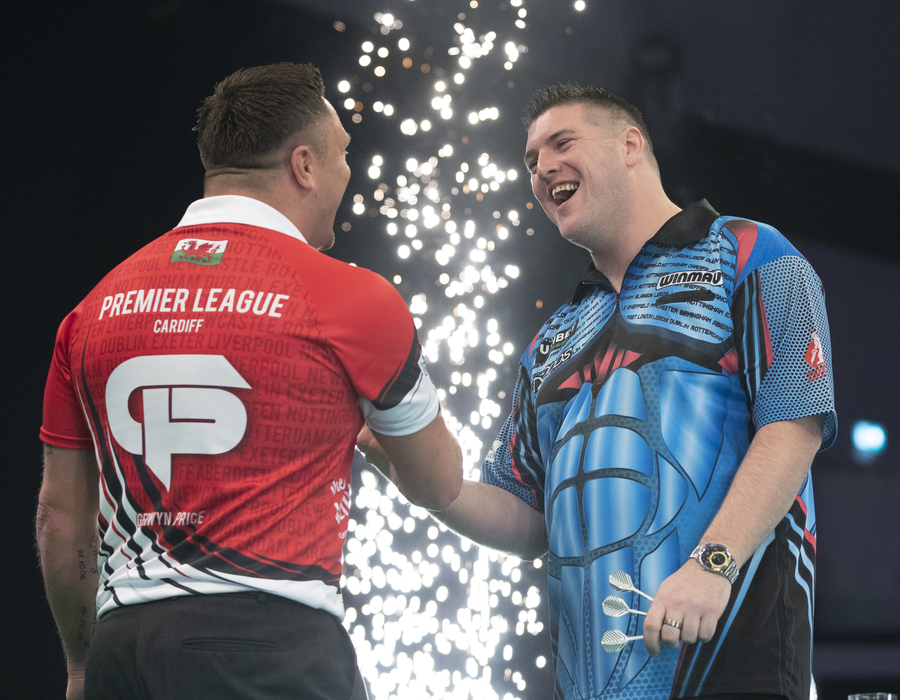 Gurney has had a tough start to the tournament but showed throughout that he’s had the quality to pick up more points and challenge for a play-off spot.

Reigning Premier League champion Michael van Gerwen was narrowly defeated by Nathan Aspinall 7-5, the first loss of the campaign for the World No.1, in an exciting clash in front of a passionate home town crowd.

The crowd was in fine voice for contender Jonny Clayton’s debut on the Premier League stage, but unfortunately the Welshman ran into a Michael Smith on red-hot form. Smith averaged 105.51 in the 7-1 victory, hitting a superb 167 finish along the way.

World Champion Peter Wright also continued his fine form with a 7-5 win over Rob Cross, averaging just over 100 whilst Glen Durrant closed the night with a 7-4 win over Gary Anderson.

That win sees the Englishman top the table going into next week’s fixtures as the Premier League travels to Dublin.