Gurney stays in TOP GEAR with his Classic Cars 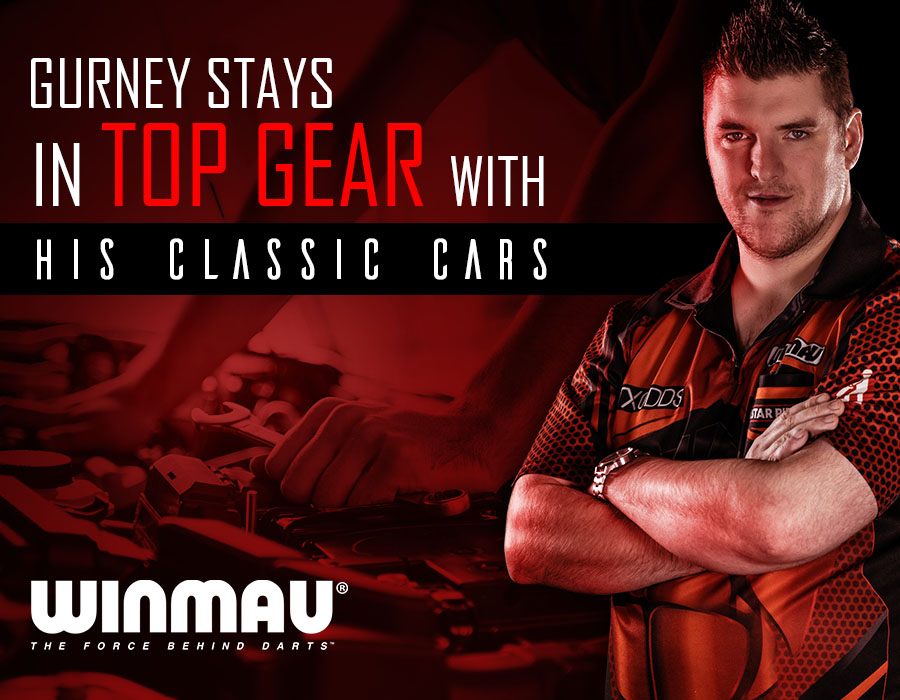 Gurney stays in TOP GEAR with his Classic Cars

DARYL GURNEY is staying in top gear during lockdown by tinkering with his huge classic car collection!

The Northern Irishman is back at home with his family as the darts world has been shut down because of the Covid-19.

Superchin has had some unexpected extra hours in his favourite place, at home with his collection of old classic cars.

He has an incredible array of 30 motors including Minis, Vauxhalls and Subaru’s to keep himself busy, adding: “All Gurneys are all petrolheads. I like welding and bodywork in the workshop. If you own a Vauxhall, you need a good welder!

“I just love driving around in the old cars. It’s nice to have something else to think about apart from darts. It certainly keeps my mind busy and there’s always something to do.”

Gurney, 34, is also urging people to stay safe and listen to Government guidance of social distancing so that life can get back to normal as soon as possible.

He said: “These are obviously weird times for everyone. But people need to listen to the advice and stay at home.

“I really hope they do because the sooner we stick to advice, the sooner life will get back to normal. No one has been through this sort of situation before.

“I think people will learn to appreciate how life has been after this. To have freedom and be able to work is actually a privilege and I think we are all learning the hard way.

“It’s also really bizarre not to have any sport to watch either. Life is really boring without sport so we need it back as soon as possible!”

In a curious way the shutdown came at the right time for Gurney after a luckless start to his Premier League campaign.

The double major winner has been left stranded at the bottom of the league with two draws from six matches and no wins thus far.

If things had not gone his way, there’s a good chance that the popular Derry star could have been eliminated in Rotterdam this week.

But he vowed: “I don’t think like that at all. In my mind I was playing pretty decent but not getting the breaks.

“I’ve had two nine-darters against me this year already, how’s that for luck!

“I felt the results would come. I had a very decent UK Open but ran into Michael van Gerwen when he was on fire in the semi-finals.

“I thought I could get results in Newcastle and Rotterdam to avoid getting eliminated but we’ll never know now.

“At some stage the Premier League will return I hope and I can have a fresh start. That might help me a bit, it might not. So much can happen within a week in darts, let alone months.

“I’ve got time now to practice solidly and have a clean slate when we return, hopefully that will be soon but the health of people comes first before darts or sport in general.”