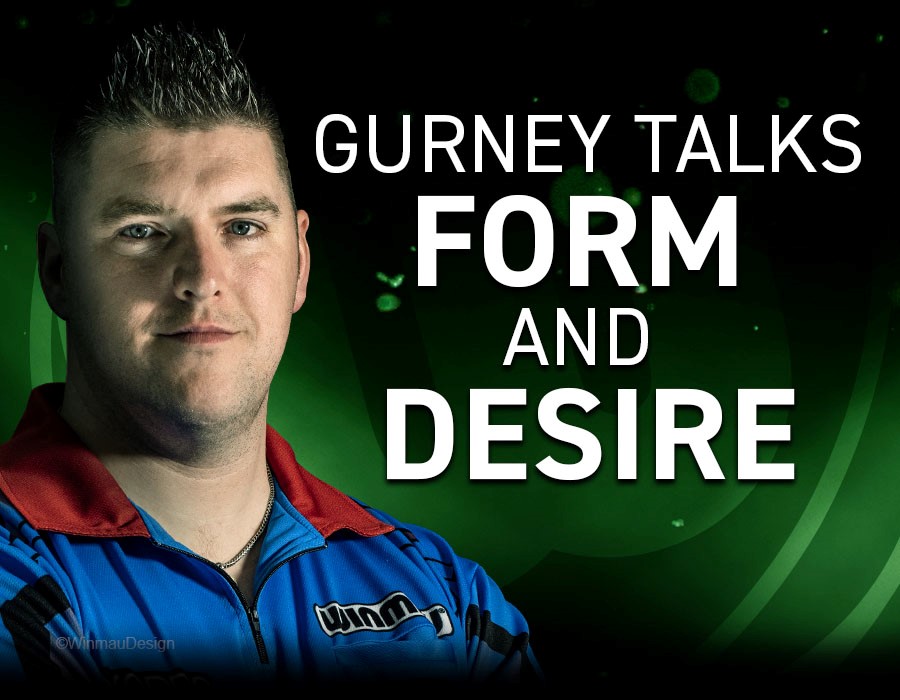 Daryl Gurney, 2018 Players Championship Finals Winner, has reflected on his last 16 place in the recent BoyleSports Grand Slam of Darts. With the standard on the PDC tour is only going in one direction, Superchin is more than adamant that he will be at the top of this elite performing group of players pushing the sport forward for the next two decades.

Daryl, a prolific power-scorer, said “It’s no longer good enough to just set-up huge scores if you haven’t got the dart in your locker that literally can change an entire game.”

Daryl had been reflecting on this point following his recent match with the hugely in-form Michael Smith where Daryl missed key darts to go into the break at 5-5.

Daryl said “Having time to reflect is a really important thing for me as I’m such a passionate player it often consumes my thinking, but looking back I’m really happy about so many things in my game and how close it is to being right up there with the very best again.

“Michael showed in that game just how important certain darts are at crucial times to create momentum, which as the game goes on becomes almost unstoppable”

Daryl’s recent semi-final run in the 2019 European Championship saw him lose narrowly to Rob Cross, who went on to win the event but again Daryl reflected on absolutely key crucial moments in that 11-9 defeat that he has been working on from both a game management and a strategic approach with his manager Matt Ward.

Matt Ward said “I know I’m massively biased and everyone who knows me on tour knows I am, but I know Daryl is as good a player as anyone on tour, and it’s so frustrating to watch these amazing gladiatorial contests that are literally decided by a width of a wire.

“Every event we enter we make sure Daryl is both ready and focused to win, and it’s that dedication to keep going week after week, especially after serious disappointments, that stands Daryl out as a very special talent.”

Daryl heads to Minehead this weekend to defend his 2018 Players Champion title and kicks off on Friday night against Luke Woodhouse in what promises to be another scintillating tournament following Gerwyn Price’s recent Grand Slam defence, signalling that all these amazing majors have never been so fiercely contested.