How to Throw Like Daryl Gurney - Modern, Smooth and Deadly 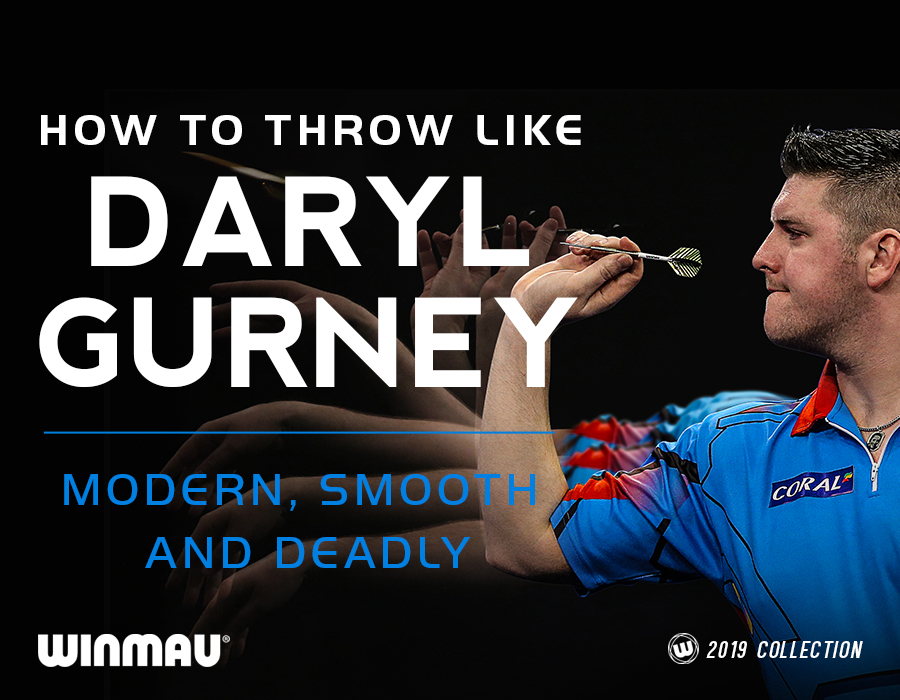 How to Throw Like Daryl Gurney - Modern, Smooth and Deadly

Daryl Gurney’s rise to the top of the PDC has come as a result of his hard work and natural talent. So we take a technical and expert look at his throw and how it may help you, with the world’s leading practice expert Mikko Laiho.

Set up and analysis

Daryl has a superb approach to the dartboard making sure he can see exactly what he’s aiming at long before he takes his stance at the oche, this sets him up target ready - immediately. His eyes are focused on the exact point he’s aiming at, where he wastes no time in raising the dart to its load position.

With one of the games shortest backswings, Daryl has set himself up with one of the most compact throws in world darts, where he's only using forward momentum in his throw.

Mikko says “Most technical errors are made during the backswing where the grip can change, the elbow moves both sideways, up or down if there is too much length in the backswing”.

This technical aspect sets Daryl apart as very unique in the game, and is a very modern way of playing the game. As soon as his dart is released he has moved to take the next dart and is ready to go, almost before the previous dart has the landed in the board, allowing him to get into a superb high scoring flow. This "Flow" is vital to understand, for you to get into autopilot on your throw and how you naturally achieve higher peaks in your game.

Daryl’s release and throw are not as hard as you'd expect with such a short throw. He uses a smooth acceleration that allows him to fight the darts on a smooth curve. Paying attention to this "flight" can help players improve, as the more direct the line to the board the harder you need to throw.

Daryl’s superb set up, posture and alignment allow him to throw in a superbly fluid fast motion, making him one of the most exciting players to watch on tour.

Mikko added, “The way Daryl stands on the oche is very efficient, his shoulders are in line with the throw which is optimal”.

- Focus on aim before you arrive at the oche

- Experiment with the length of your backswing

- Feel the curve of your throw

- Have your shoulders aligned

- Work out what flow works best for you

You can see Daryl’s superb action in Thursday Unibet Premier League where he faces Michael Smith in Dublin. All the action is live on Sky Sports from 7pm in the UK, and via the PDC's broadcast partners Worldwide.

Click here to check out Daryl's full range of darts.