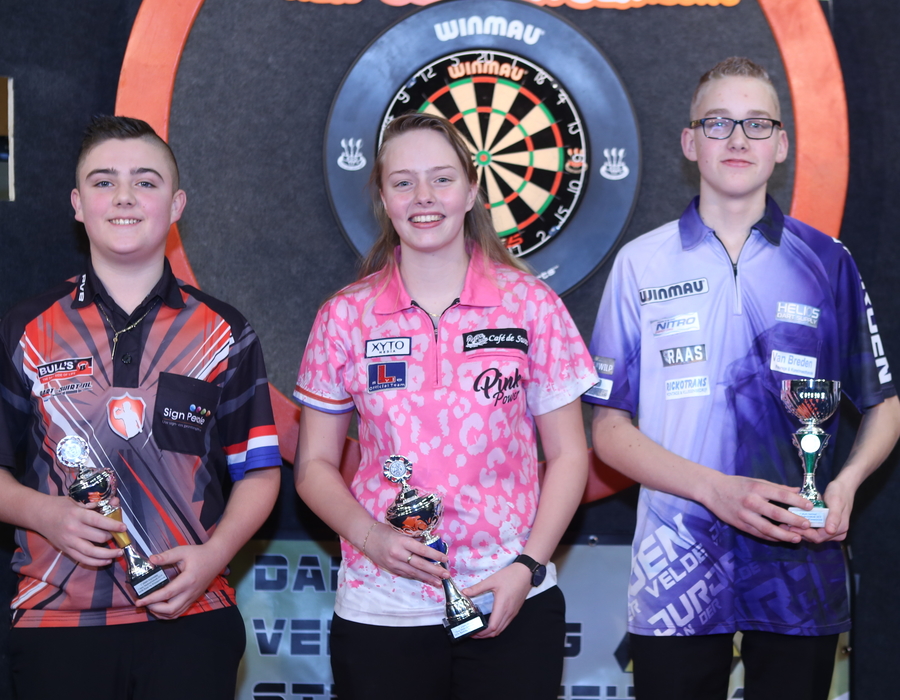 Young Dutch sensation Jurjen van der Velde claimed his third NDB ranking title of the season as he lifted the Boys Junior title at Open Stedendriehoek. Jurjen faced Luke de Kwast in the final a ran out the convincing 4-1 winner.

Jeffrey Sparidaans was crowned the men’s A champion whilst in the men’s B category Johann Brouwer took the title. Aileen de Graaf also landed another NDB Ranking title as she defeated Vanessa Zuidema 5-2 in the Ladies final.

Elsewhere in the youth competitions, Pim van Bijnen added another NDB ranking win to his collection in the aspirants category whilst Lerena Rietbergen picked up the trophy for the Girls youth category. Micahelovic can Velzen dominated the Paradarts tournament and whitewashed Mattijs Wissink 3-0 in the final.

Click here to view the full results from NDB.

Yesterday’s livestream of the final stages is available below (Begins at approx. 16:40):