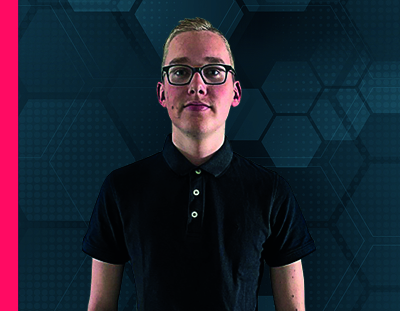 Winmau Team 360 player Jurjen van der Velde hit a nine darter in his opening round match of Development Tour 14 in Hildesheim over the weekend with the youngster achieving two Semi Finals from five development tour events, losing to Niko Springer from Germany and fellow compatriot Gian van Veen in his last 4 matches.

The Bagel Boy found some impressive averages over the events, including a score of over 100 in his 4-2 win over Connor Heneghan averaging 100.71 in the Last 16, after a win in the Second Round over Jonas Aplowski where the 19-year-old averaged 102.21 in a 4-1 win with both matches coming in Development Tour 11.

Van der Velde’s best arrows came during Event 13 where he once again reached the Semi Finals, including victories over Mike Verschuur 4-0 with an average of 103.66 before finding a huge score of 107.36 in a 4-0 win over Kevin Doets who has impressed on the Pro Tour already this year.

Keane Barry struck gold twice winning Development Tour 12 on the Friday before winning the only event on Sunday (15), including a 95.85 average in beating English youngster Owen Bates 5-3 in the Final. Dynamite also beat fellow countryman Ciaran Teehan who has experimented in the Live League recently, winning 5-0 in the Final of Event 12. The young Irishman made four of the five Finals in Hildesheim in a very impressive running for the 19-year-old.

Sebastian Bialecki who will be at the World Cup later this month won Development Tour Event 14, denying Keane Barry his third title of the weekend, as he won 5-3 in the Final with a 92.71 average in Hildesheim.

The Polish international will partner with number one Krzysztof Ratajski in Frankfurt and beat Bradley Brooks 5-0 in the Semi Final, with the Blackburn thrower so far playing twice on the Ally Pally stage in his career.

Nathan Rafferty who has played on the Euro Tour and in the UK Open so far this year was the other winner over the weekend, after winning Event 11 beating Gian van Veen in the Final 5-4. The 22-year-old enjoyed victories over Bradley Brooks in the Last 32 before a whitewash win over German youngster Marvin Koch 4-0 with a 95.43 average.

A huge weekend for the future of darts with many such as Jurjen van der Velde and Keane Barry giving darts fans a glimpse of what the future holds, with many at such a young age already scoring and playing with such maturity with many years to come in their careers as dart players.