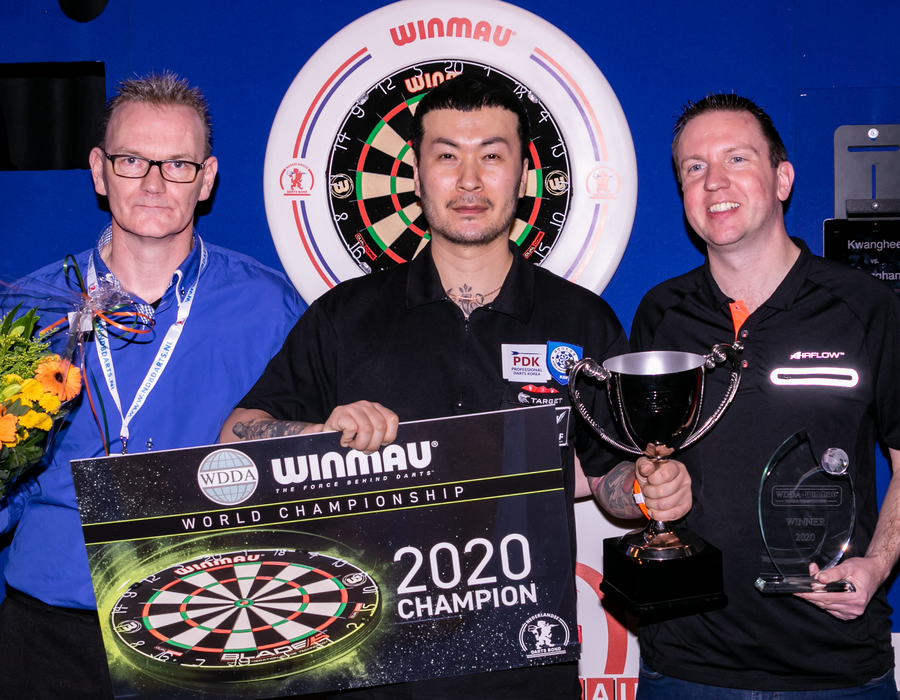 South Korea's Kwanghee Cho was crowned the first ever WDDA Winmau World Champion at De Bonte Wever last night.  With a large audience behind him, the he defeated England's Mike Callaghan 3-1 to lift the trohy and the €1,000 winner's prize.

Cho reached the final by defeating another Englishman in Jonathan Hirst, with a resounding 3-0 victory in the semi-final. Mike Callaghan's semi-final what a much tighter affair, Mike had missed match darts on a 2-0 lead against the Dutchman Arie van der Rassel. Van der Rassel managed to tie it up to 2-2, but Callaghan rallied to take the deciding leg and win 3-2

In the final, Cho started very well and soon found himself 2-0 up. In the deciding leg, Cho found himself on 170 to win the title, but unfortunately his dart slipped into the 25 as he couldn't reel in the "big fish". Instead of 3-0 whitewash, Mike Callaghan showed his nerve to make it 2-1 before in the fourth leg it was Cho who took the title of WDDA Winmau World Champion.