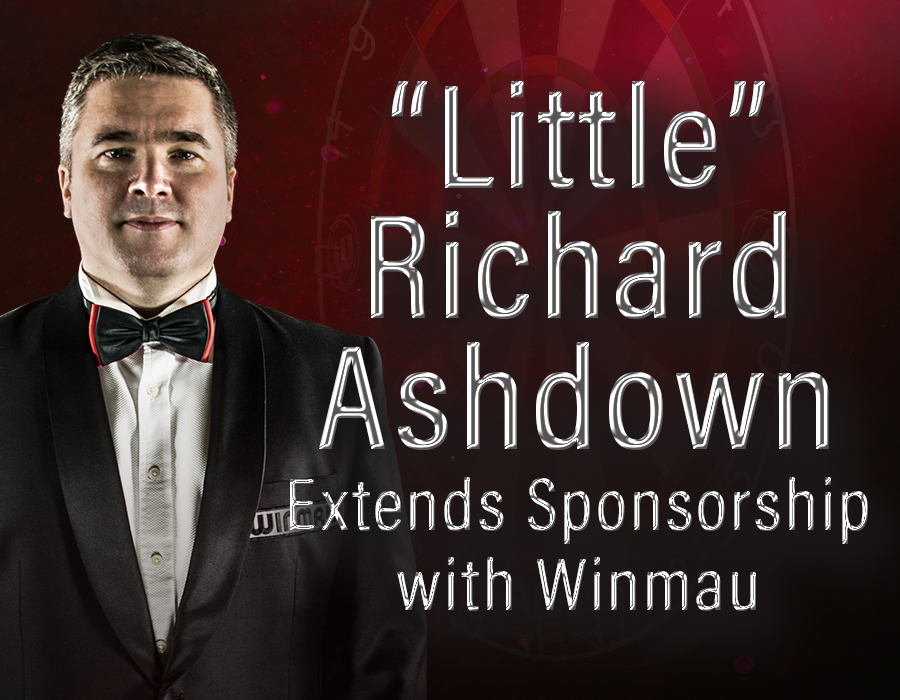 Richard Ashdown, affectionately known as “Little Richard” to the darting World, has signed a 3-year extension to his sponsorship with Winmau.

Richard initially teamed up with Winmau in 2013 and will continue to act as a company ambassador, wearing the company’s logo at darting events across the World.

Ashdown has established himself as the face of countless darts events across the World, most notably as the host of the BDO’s Lakeside World Championship and Winmau World Masters for the past six years.

Richard will continue to perform an integral role on the PDC’s European Tour and World Series of Darts events throughout the year.

Richard said “Working all over the World at the biggest darting events on the calendar is truly an honour, and I’m delighted to continue my relationship with the biggest global name in the sport, Winmau, on my journey. The continued growth of darts over the last 10 years has been amazing and long may it continue, with Winmau always at the forefront in product design and quality. In a time of change for me, it’s so re-assuring to have the continued backing of Winmau”

Winmau Sales and Marketing Director Ian Flack added “Richard has become synonymous with both televised and non-televised darts over the years and we are delighted to extend our relationship with one of the most knowledgeable personalities in the sport. As both a great ambassador and a close friend in the game of darts, we look forward to continuing to work with “Little Rich” in the future.”