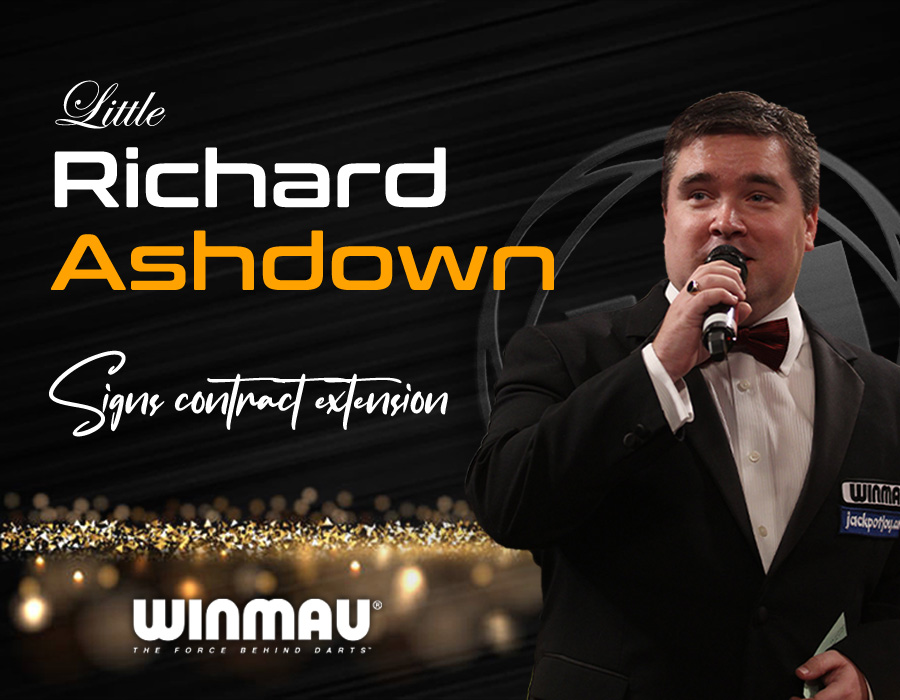 Richard Ashdown will continue his association with Winmau after signing a new deal with the sport’s leading manufacturer. Richard signed with Winmau back in 2013 shortly after he had accepted the Master of Ceremonies job at the Lakeside.

Richard continued that role with the World Darts Federation, as competitive darts made its return to Frimley Green back in April for the 2022 WDF World Championship, three years on from the last match at the home of World Darts.

One of the leading MC’s Richard has worked with some of the game’s best during his career as a Master of Ceremonies since it all started with his good friend and mentor, the great Bobby George on the exhibition circuit 20 years ago.

In recent years, Richard had the honour of taking on the iconic Tony Green role in Bullseye, as part of Alan Carr's Epic Gameshow on ITV.

After extending his deal with Winmau, Richard will continue as an ambassador for the company whilst providing his mathematical knowhow at the PDC's premier events as a darts 'spotter' for Sky Sports, ITV Sport, the World Series of Darts and the European Tour.

Little Richard is a master statistician for the sport, having an influence on aspiring dart players with his unique checkout card, that can be found with every Winmau dartboard.

Simon Hall Marketing Director said “Richard is a respected figure by many personalities in the sport both past and present, with many full of gratitude for one of the sports very best officials including having a huge involvement with fellow referee Nick Rolls in returning competitive darts to Lakeside, a venue which holds so much nostalgia to the sport”.

Richard Ashdown spoke on his new deal with Winmau saying: “I am delighted to continue my association with Winmau, since signing back in 2013. I am proud to continue doing so in the future, with Winmau the biggest name in the game.”