Maiden European Title Moves Gurney up to World No.3 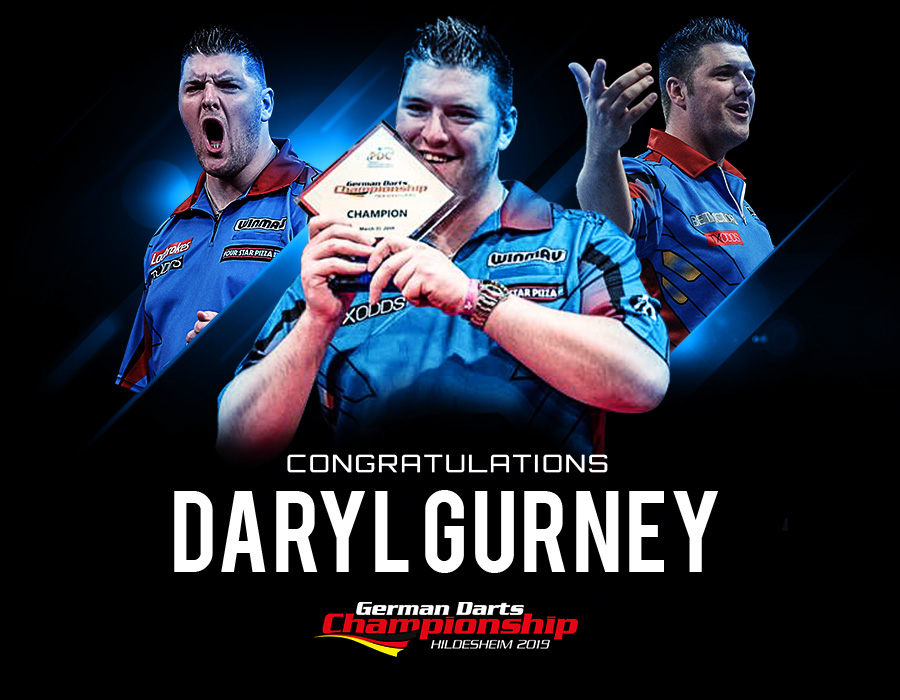 Maiden European Title Moves Gurney up to World No.3

Daryl Gurney broke down in tears and admitted it was “awesome” to move up to World No.3 after taking his first European Tour title.

The Northern Irishman beat Ricky Evans in the final of the German Darts Championship on Sunday.

That now means he has overtaken Scots Gary Anderson and Peter Wright behind Michael van Gerwen and Cross in the World rankings.

An emotional Gurney broke down in tears on stage as he discussed the inspiration of his late friend Aaron McMenamin.

He admitted: “It's amazing for me to win this title. Congratulations to Ricky on his run too. He is a phenomenal player and is so fast he makes me look slow.

“My best friend, the person who got me back into darts, passed away a few years ago and I dedicate all of my success to him.

“It’s awesome to be up to World No.3. I think it shows I’ve been consistent over the past few years now, winning a couple of majors and now this European title.

“I’ll keep going, I have more to achieve. I’ve got a lot more targets which I will keep to myself. I quite like going under the radar. It’s got me a long way so far.”

Gurney, who won the 2018 Players Championship Finals, opened up a 5-1 lead in the final but was pegged back by fast-throwing Evans - who won five of the following six legs to level.

However, Superchin closed out the win with finishes of 46 and 96 to add a European Tour triumph to his two televised titles and a Players Championship success.

Evans reached his second European Tour final by claiming victories against Mervyn King, Darren Webster and Keegan Brown on a thrilling final day of action, which included a nine-darter from James Wade in his last 16 defeat to Webster.

Evans said: “I'm chuffed to bits to have this run. I won some great games along the way but the best player won in the final - Daryl deserved it.”