Michael van Gerwen fires himself back to Premier League summit 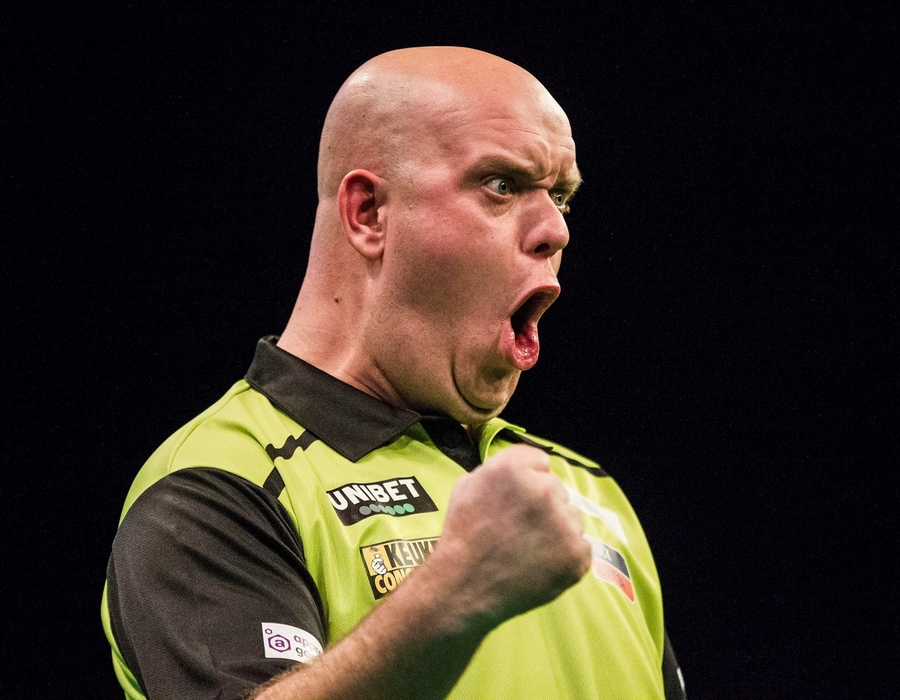 Michael van Gerwen fires himself back to Premier League summit

MIGHTY Michael van Gerwen blasted “I’m back where I belong” after roaring to the top of the Unibet Premier League table.

After breezing into an early lead, O’Connor threatened at times to force his way back into the match.

But MVG kept clear to claim a 7-4 win and said: “His walk-on felt like mine in Rotterdam, it was so good. I think darts in Ireland needs things like that.

“It was phenomenal but the game wasn’t that good but I was really good I was the winner. It was tough for me but I had to do it, doing some things at the right moment. I wasn’t playing 100 per cent my game.

“But I knew he was under pressure as well. I was making it difficult for myself but I don’t know why.

“I had to dig deep on really important moments.

“He was struggled during loads of times. I just wanted to put him under pressure with good scoring but for some reason I couldn’t do it. The people of course are supporting him.

“I know I have to do better over the next few weeks but to win under this pressure makes it a great game.

“They love darts here in Dublin, they breathe darts. Of course I understand they support William but next time support me!

“I know my darts set-up is right. I feel confident, I feel well. I had lots of 100-plus average last week and a nine-darter.

“But you cannot do anything when Gerwyn Price played so well in the Pro Tour final against me. I threw in a 174 to leave 36 and he was on 94, and he finished it on the bullseye. You can only take your hat off, learn from it and move it.

“Michael Smith did a nine-darter but he wasn’t 100 per cent sure of his game as well. He was missing a lot of doubles, his confidence sometimes wasn’t there. Actually I was practising with Michael and he played alright.

“So I when he got on the stage I thought he would do better. But for some reason he’s struggling as well.

“Everyone is playing well but they want to see where they stand at the moment.

Magpie O’Connor was clearly blown away by an incredible atmosphere for him saying it was the best night of his life.

He said said: “I can’t put it into words, it was everything I expected it to be and more. It was the best night of my life.

“It’s unbelievable coming from where I come from there’s no darts. For me to be there is a miracle in itself.

“I will always look back on this night. I know I didn’t play my best darts. But I stood up there in front of my home crowd as a proud Irishman. I’m going to go forward and give this my best from now on.

“I didn’t play like I can and or did Michael. The pressure here was unbelievable it was very noisy for the both of us. Michael especially was nowhere near his best.

“There was an opportunity for me to go up there and take advantage of it but I didn’t. But there’s no way I can prepare for this.

“You can stand here or sit at home and watch this and even imagine the atmosphere in this place here tonight. It was absolutely unbelievable.

“I’ll never forget it as long as I live. I’ll do better next time lads, I’ll guarantee you that. Thanks to everyone who came and who watched.”